Nitro Member
Don just downsized his hauler bill by at least 15 or so trucks and trailers to each event including hospitality and sponsor exibits. Just imaging the fuel bill just for that? Not including the employees to drive them there.

Nitro Member
Napa is going with Capps. When it was announced a few weeks back, the press release made it very clear that Napa reupped with Capps not DSR and that regardless of where he was racing Napa was going with.

Staff member
Nitro Member
Capps will have his own team with NAPA as his sponsor, Ron has said this in multiple places over the past week, the one remaining question is what kind of body will he be racing with.

J. S. said:
I doubt Ron initiated this situation. I don't ever recall him saying that he aspired to be a team owner some day. My guess is that Don S. decided in the last year or so to drastically down-size the team-ownership side of his operation (despite recent news about the step-daughter Megan taking over the drag racing operation from her Dad), but gave current team members a good deal to own their own teams (and buy DSR transporters, tools, parts, etc) and work out of the DSR shop, if desired. Capps wouldn't be making the BIG ANNOUNCEMENT if he wasn't bringing NAPA with him. Sponsorships are WAY too hard to come by these days otherwise. Same with Antron and Matco. Neither of those guys have any of their own money to finance a team.
Click to expand...

Ding ding ding...I believe you are the winner.

Nitro Member
Capps is staying with NAPA will partner with Antron out of Schumakers shop and be running the new Toyota Supra body.
B

Nitro Member
I think the big question is , is he staying in FC or is he going to TF. I think the Roger Primm TF was his 1st nitro ride.
J

Nitro Member
Capps has had NAPA on his cars for a long time, can't see NAPA going anywhere else. Don is I believe 76 yo and is very involved in his aerospace matching and racing parts businesses. . Probably time to kick back a bit and run one or maybe 2 fully sponsored cars to stay active in the sport he's loved for50 plus years.

Jack said:
Capps has had NAPA on his cars for a long time, can't see NAPA going anywhere else. Don is I believe 76 yo and is very involved in his aerospace matching and racing parts businesses. . Probably time to kick back a bit and run one or maybe 2 fully sponsored cars to stay active in the sport he's loved for50 plus years.
Click to expand...

Jack said:
Capps has had NAPA on his cars for a long time, can't see NAPA going anywhere else. Don is I believe 76 yo and is very involved in his aerospace matching and racing parts businesses. . Probably time to kick back a bit and run one or maybe 2 fully sponsored cars to stay active in the sport he's loved for50 plus years.
Click to expand...

a huge yes. somewhere around 5-10 years ago, when dsr was as big as ever, the brownsburg shop was in place, and the brownsburg manufacturing facilities were developing. a sale of
schumacher electric, and i'd say don has a pretty good exit strategy in place that relieves him of the traveling show, but still ties him to the sport with shops and manufacturing.
one car deal with tony next year. the exact way they came in with the exide car.
T

BOO BOO said:
I think the big question is , is he staying in FC or is he going to TF. I think the Roger Primm TF was his 1st nitro ride.
Click to expand...

Nitro Member
I think it can’t be a coincidence that all Alan and Brian talked about during friday night qualifying in Pomona that they are having this big announcement at the PRI about starting their own team and now Ron Capps is doing the same thing. For me that means 1 and 1 isn’t 3 and Ron Capps will be the driving for that super team!!!

Nitro Member
did a little search on IG and besides Capp's page with his announcement, there was this separate page........ 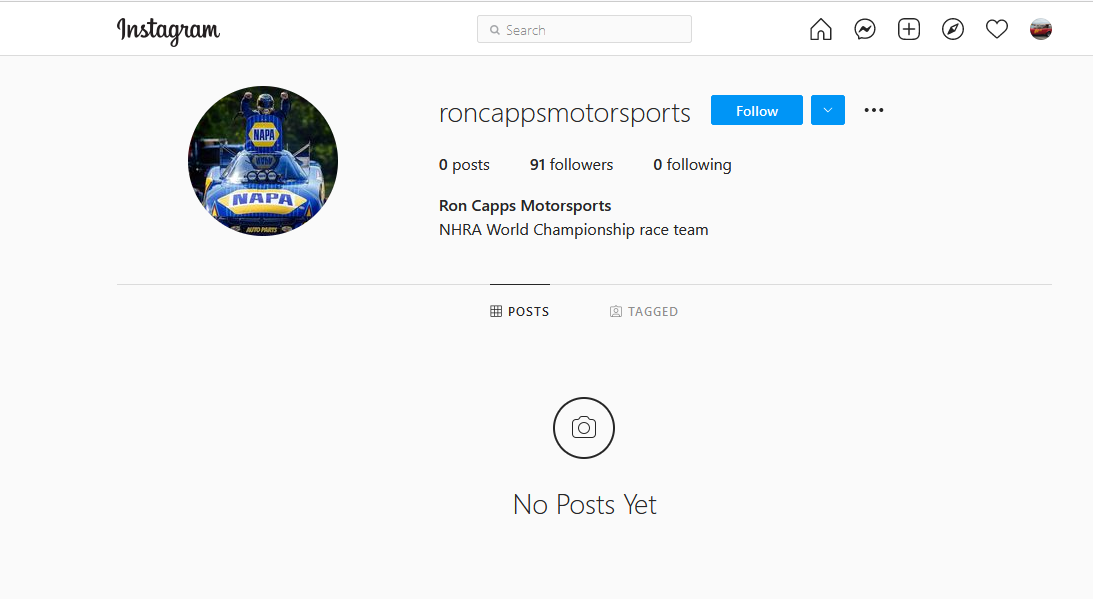 Nitro Member
My best friend's sister's boyfriend's brother's girlfriend heard from this guy who knows this kid who's going with the girl who saw Ron Capps and Larry Dixon eating ice cream at 31 Flavors last week. I guess it's pretty serious.

Well, Obviously you live in a cave hibernating. It's happening.

sutton said:
You are ALL wrong I was told by a source I can't name the he will be driving a "front motor" JET car. 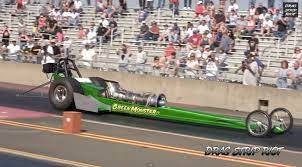 PJ
That is close, but it is a turbine with the exhaust going up, not straight back. it was cool to watch. keep researching LOL.

If I remember correctly that engine came out of a military helicopter, but I'm interested in knowing how it propelled the dragster. must have some kind of gearbox in it. Good looking car too.
O

Nitro Member
Multicar Teams have a lot of "balls in the air" all the time. The team owner deals with a huge number of personalities and their issues. Stress City and "Stress City" deserves to be in caps! The people requiring his constant attention are crew chiefs, drivers, sponsors, crew members, accountants, PR and HR staff, vendors, media and the many others I've not thought of for this list.

A single car team owner has so many fewer people requiring his/her time that the sport of professional drag racing can still be... fun. That's in addition to it also, possibly... turning a profit. Big Jim Dunn and Gary Densham come to mind. Do you really think either of them would have picked this job if they didn't fully enjoy it? Makes me wonder how many Malox bottles they may go through each year... But even so... they must be having fun.

Multicar teams are a different business model. Don Schumacher has built and sold a very high dollar corporation while building a successful drag racing parts manufacturing business and a very successful multicar drag racing team. He has had all those problems i mentioned above. While I'm not privy to his thinking, as a father and grandfather and former business owner, I'm sure he has had talks with his kids as to "what they want to do in life". My guess is he's moving his "chess pieces" to establish their agreed upon goals.

Don Schumacher has proven over and over that he's one smart man. He has also overcome cancer. He's 77 years old and highly respected. He has highly intelligent grown kids to takeover whatever responsibilities he is willing to relinquish whenever he wants to relinquish them. He can eliminate potential irritating issues by giving people he wishes to help, the "foot up" into team ownership at the same time he eliminates his potential risk and financial losses. He can make life easy for his kids and grandkids while reducing his own stress level and work load.

Don Schumacher gets to be the highly valued "fan" of numerous people he's responsible for their even having a chance of winning and success. He will rightfully be able to take pride in their successes. But, should any of the people he's helped into team ownership fail... it won't be his fault. This is a win-win-win for him and we have to highly respect him for it.
Last edited: Nov 22, 2021
You must log in or register to reply here.
Ways To Support Nitromater