STRONG RUNS LEAD ASHLEY TO SOUTHERN NATIONALS QUARTERFINALS​
ATLANTA, GA (May 2, 2021) --- Justin Ashley and the Strutmasters.com Auto Shocker Top Fuel dragster team made the most of their appearance at the final edition of the NHRA Southern Nationals at Atlanta Dragway. A strong qualifying effort in a tough first session on Saturday earned the second year team a qualifying bonus point. Tricky track conditions made the one day qualifying sessions incredibly important and crucial for the team’s race day success.

Ashley and his championship contending team advanced into race day as the No. 7 qualifier with a first round match-up against veteran Clay Millican. As he was executing his burnout Millican felt the clutch let go on his 11,000 horsepower race car, dooming it for any chance of a successful run. The experienced driver immediately pulled to the side of the track and exited his race car allowing Ashley to make a single run in the safest manner possible. With no one on the track Ashley flew down his lane with a 3.746 second pass, which was quickest of not just the session but of the entire event for Top Fuel. The run advanced him to the quarterfinals and gave him lane choice over No. 2 qualifier Steve Torrence.

Facing the three-time world champion Ashley knew he would need another solid tune-up from his Mike Green led team. The veteran and world championship tuner delivered once again giving the Strutmasters.com Auto Shocker Top Fuel dragster the tune-up to post one of the quickest elapsed time of the session. Unfortunately, Torrence was five thousandths of a second quicker to the finish line. Ashley got the jump off the line with another stellar reaction time of .039 and the team will take comfort in knowing they had a race car that could compete with anyone at Atlanta Dragway.

“Sometimes this sport is about the time and the place. It was really good for our program to get those two good runs today especially after yesterday. The track was so tough yesterday,” said Ashley. “We weren’t really able to bring any data from Vegas that was applicable and then the tough conditions make it so hard. Everyone was having trouble and they were slowing the cars down so much they started dropping cylinders. Today was a new day with completely different track conditions which was nice.”

The Strutmasters.com Auto Shocker Top Fuel team is three races in to the 2021 NHRA season and already they are seeing dramatic improvement. The addition of crew chief Mike Green combined with additional seasoning for the entire crew has the 2020 Rookie of the Year excited to get into a more consistent racing schedule.

“I feel like we are gelling really well right now,” added Ashley, who raced to the semifinals at the season opening Gatornationals. “The truth is we are only three races into this brand new program. I think the car is running great and the guys are doing an awesome job. We are super happy with where the program is and we know that we are in a better position now going forward into the future. It is nice to be able to work with Mike (Green). He is a fantastic guy and a championship winning crew chief for a reason. You can see that early on this season.”

Ashley will leave the Southern Nationals No. 8 in the Camping World Top Fuel point standings and less than a round out of the No. 6 position.

Photos courtesy of Ron Lewis Photography for media use only.

About Justin Ashley Racing
Justin Ashley Racing in partnership with Davis Motorsports fields the Strutmasters.com Top Fuel dragster in the NHRA Camping World Drag Racing Series. During his Top Fuel rookie season in 2020 Justin won the NHRA Summernationals, finished in the Top Ten and was recognized as the 2020 NHRA Rookie of the Year. Prior to his professional debut Ashley has three wins in Top Alcohol Dragster on the Lucas Oil Series. He is the son of multi-time NHRA national event winner Mike Ashley. In 2017, he was named to the Drag Illustrated magazine’s 30 under 30 list, highlighting some of racing’s most promising young individuals on and off the racetrack. When he’s not racing, Ashley serves as President of Ashley Developers, a real estate investment organization dedicated to the rehabilitation of distressed properties. To learn more about Justin Ashley Racing, visit JustinAshley.com. 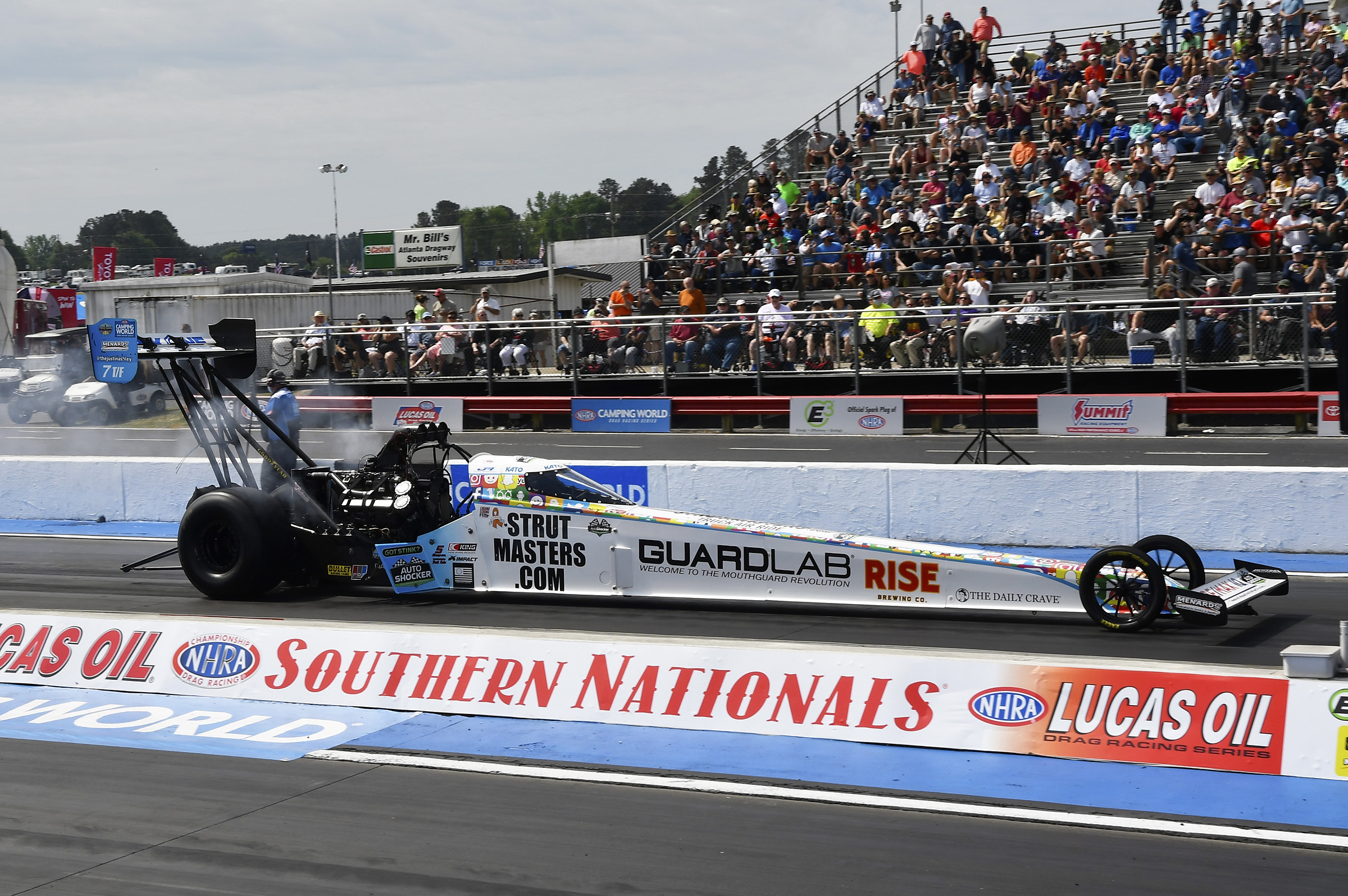 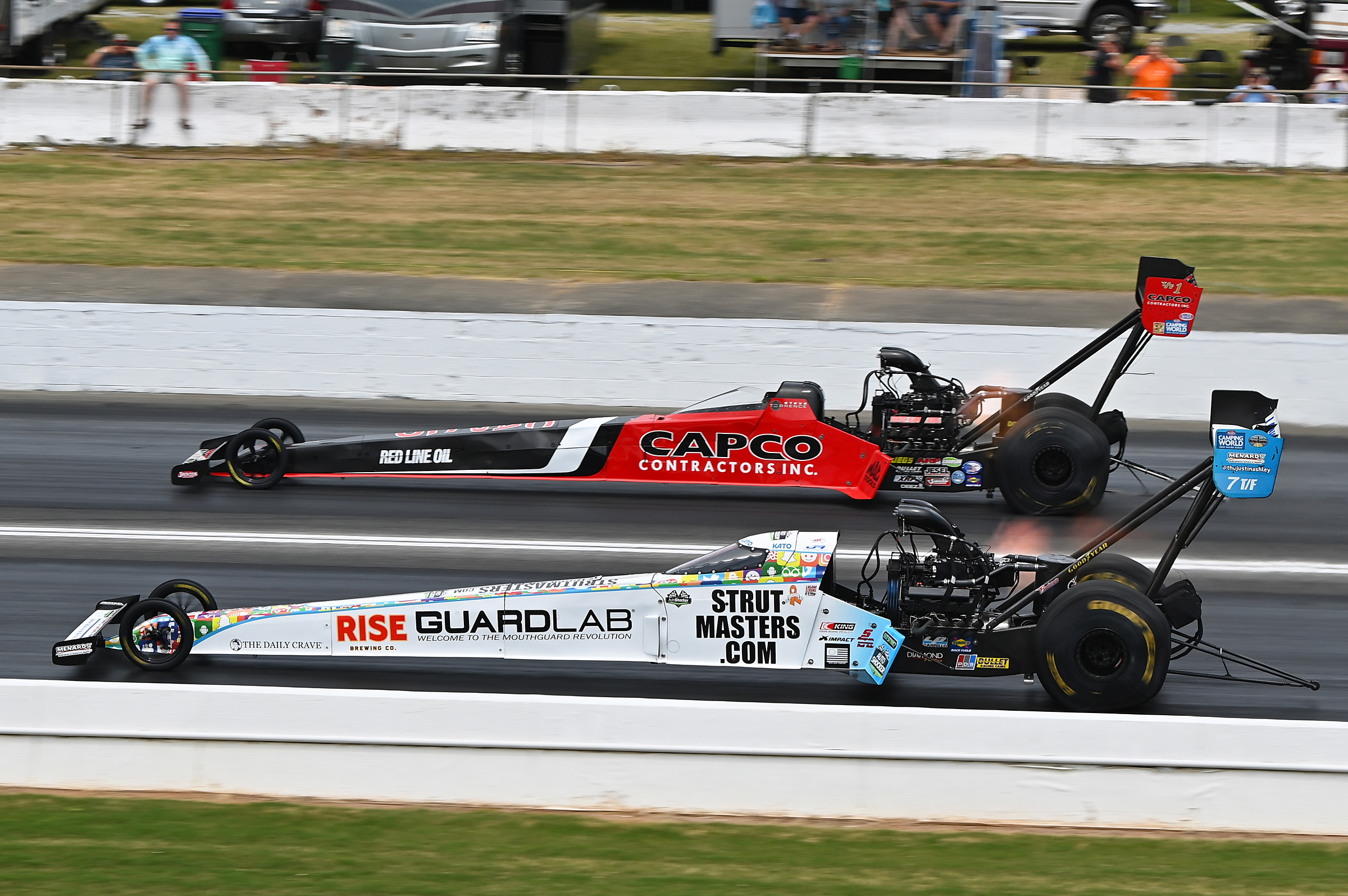 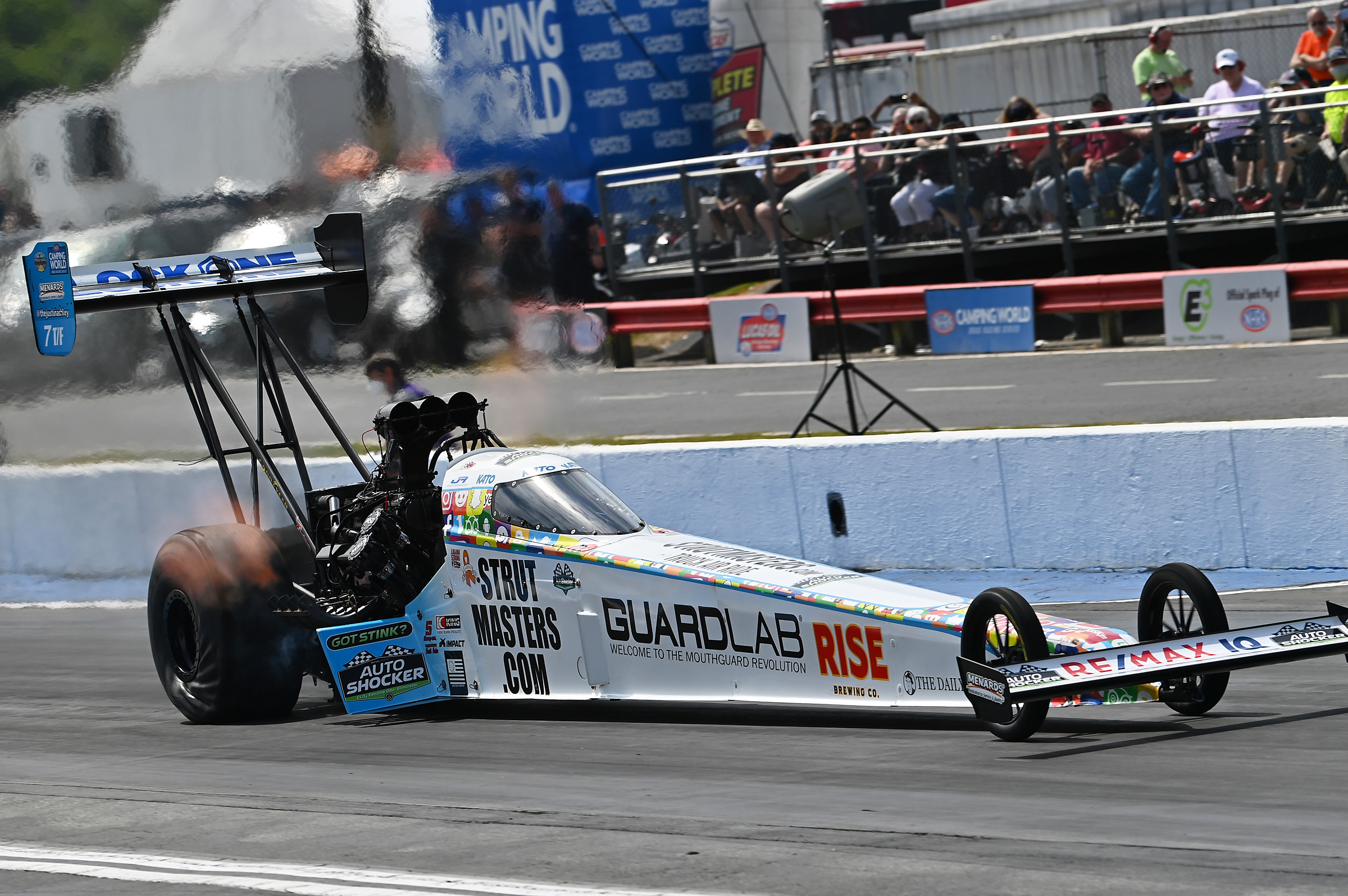