Nitro Member
Does Mr. Unswitchable count? ...and no love for Garlits' Dart? 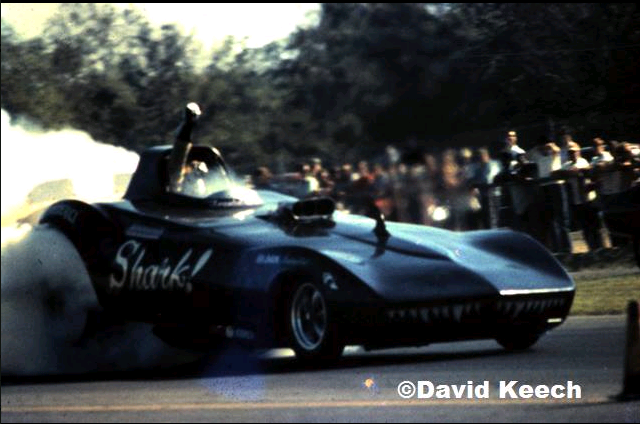 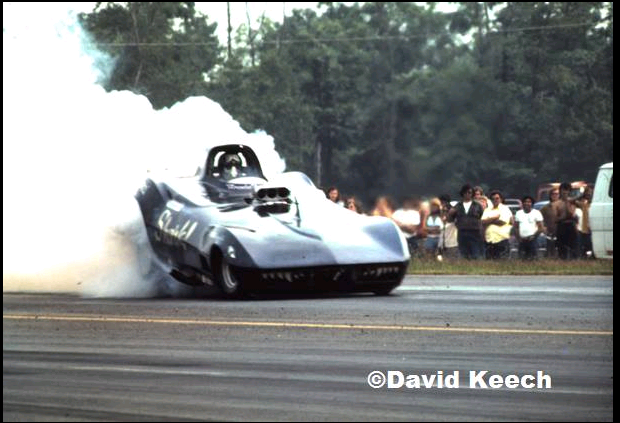 Nitro Member
All great answers. I think the Beach City Vette may hold the title as one of the best. Mine is the Destroyer Jeep with Conway at the helm. You could see Gene completely, that ultra-cool silver firesuit workin' the wheel and pedal. A big plus for me was how he drove the car "wild willie" style with the left hand on the wheel and the right hand bracing himself on a roll bar. The color of the car, it's habit of hikin' up the front end and the flames made that car a fun one. Gene let me sit in the car at Lions, quite cool. 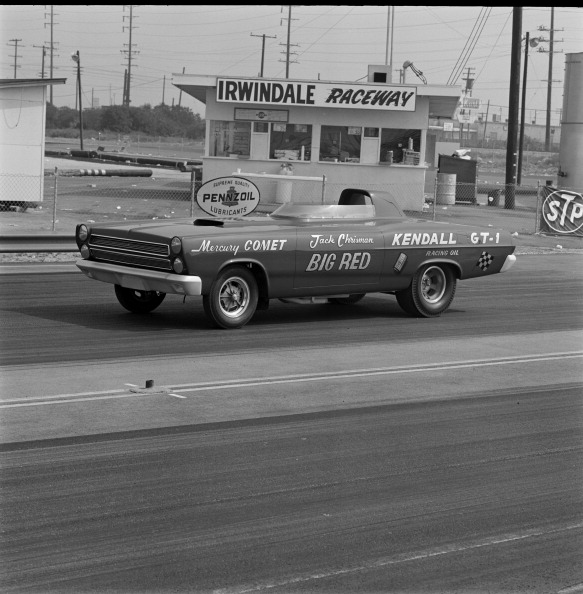 Gene Conway had a topless Vette that did well in West Coast racing. Think he only ran it one season ? He did build an NHRA legal Vette after that. Jack Chrisman had a topless 1966 Mercury Comet. Ran injected at first & later ran a blower.
Click to expand...

Cliff, I can't believe you were the first and only to mention Jack Chrisman's '66 Kendall GT-1 Comet cause it got so much press!
And I've never seen the doors lettered w/ "Big Red" as shown here. That must've been VERY short lived. Gene Conway actually toured in the East w/ his topless Vette in '71. I've got a US 30 souvenir program showing it racing at the Gary IN track.
T

Nitro Member
Mr. Marc W, you mentioned that the topless cars caused no real threat, I get it that is your view, however Gene Conway driving his topless Vette won a good number of shows in the So-Cal qualified shows.

Nitro Member
While not true funny cars I guess, I’m partial to the old Logghe Corvette Sportsters. My Godfather built one in Detroit, in the 50’s. Haddad Brothers..... regulars at Motor City, Detroit and Milan.
C

Nitro Member
I think Gene Conway's roadster was not legal for NHRA. While roadsters had run in the past, rules got changed. Conway did run a Vette with a roof on it after the roadster.
J

Nitro Member
Cliff, you are right. NHRA outlawed them after '69. Still, one driver raced in two NHRA FC eliminator events. I'm talking about Marv Eldridge's ftrends topless Vette! He qualified for both Pomona (won by JJ-Clare Sanders) and Indy (won by M/T-Ongais). There is one other possibility and that would be the aforementioned '66 Chrisman Kendall GT-1 Comet. Jack's only opportunity would've been the '66 World Finals at Tulsa, the very first time NHRA offered a FC eliminator. But I don't have a report so I'm not sure if Jack competed (won by Schartman in yellow Steffey Comet).
The Secret Weapon raced at '67-'68 Pomona but that was prior to NHRA offering FC eliminator at the Winternationals. Years ago I asked John Jodauga why there was no FC eliminator during 1968 after NHRA offered them at Bristol and Indy in '67. He said the racer participation was so poor NHRA dropped them for '68. None of their first 3 offerings had full 16-car fields (including Tulsa '66). The '69 Winternationals was the first
full field. Still, NHRA offered no FC eliminator at the '69 World Finals.

Getting back to Gene Conway, he did win the '71 OCIR PDA event w/ a standard Vette FC! Gene was one of a handful of drag racers who changed their name for easier marketing. His real name was Gene Ciambella. I just learned from a draglist.com story that Gene got the name Conway during the time he raced the Destroyer Jeep. His inspiration? The actor Tim Conway who starred in "McHale's Navy!"
C

Nitro Member
Wow, James, this is some interesting info! Gene Ciambella.... that last name rings a bell. like in A/GS. Did Gene race A/GS under that name, or was he part of a A/GS team? C & O Hydro????? Update. Did an on line search & yep, he was A/GS C&O Hydro. Lotsa cool photos below.

Was the Gene Ciambella MGM C&O Austin Pickup campaigned in a primer paint job before it was painted Kandy Red?[ATTACH]

www.jalopyjournal.com
You must log in or register to reply here.
Ways To Support Nitromater