Nitro Member
Yes, most fans know that Connie has a decent sized airfreight business, but I don't think many appreciate just how significant of a player they are in that industry. Plus, they have some of the most extensive repair and overhaul facilities for large aircraft in the nation- doing a lot of work for other carriers in addition to their own fleet.

Perhaps most impressive is that the company in its current form has basically come about in just the last 20 or so years. Connie built it the first time (as American International Airways), sold it, and watched it be run into the ground in just a few years. So he bought the bones and started over. I believe in this iteration it is a much bigger player in heavy freight and maintenance than it was the first time around.
C

Nitro Member
When I worked at Sky Harbor airport in Phx, I used to see Kalitta planes all the time. They park in the cargo area. He has done a lot of work for the Gov't. Sent planes to China when the virus first started to take people back to the US.
S

cliff.
For 47 years I was the west cost quality and procurement rep. on the west cost area for the worlds largest landing gear company. many times I would take parts to Connie at Pomona for his planes. and to see what he has built today is unbelievable. thanks for the post.

Nitro Member
amazing how busy air freight is, especially since onset of pandemic. here is a great article about the near future of air freight, and how it involves kalitta air. 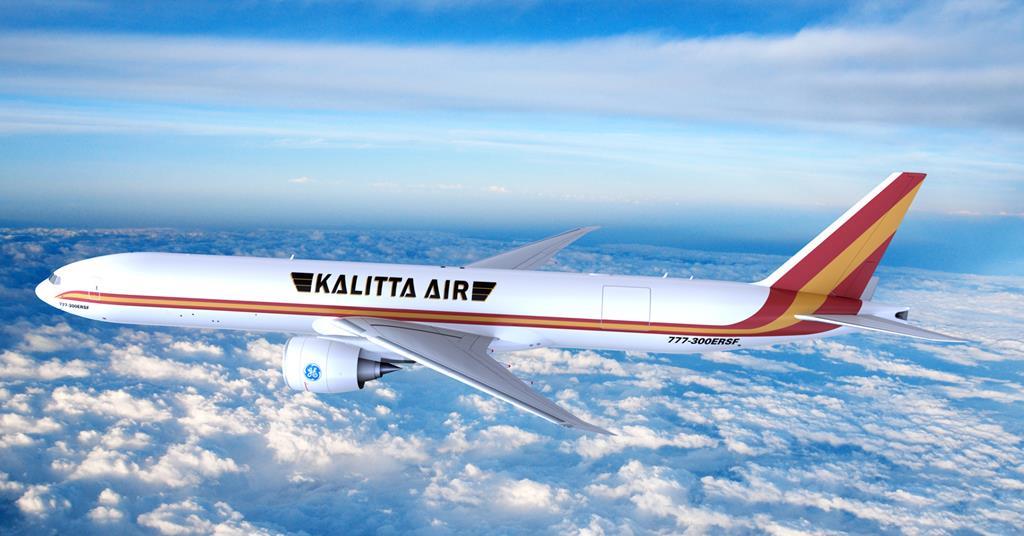 Kalitta to be launch operator of 777-300ERSF converted freighter

Kalitta Air will be the first airline to operate the Boeing 777-300ERSF, a converted freighter being developed by lessor GECAS and Israel Aerospace Industries (IAI).

Kalitta Air (K4) has signed a leasing agreement with GECAS to be the launch customer of the Boeing 777-300ERSF, taking three of the type.

Nitro Member
I'm not surprised at the size and scope of Kalitta Air, Connie has always been driven for success....also, I don't know him personally, but I look at what a person does to determine their makeup and Connie has a huge and caring heart...now lol, not sure about back in the day

This made me think of when he owned "American International" and sold it off...got paid, then bought it out of bankruptcy and kept going

Nitro Member
About ten years ago I worked for a company that manufactured portable electronic aircraft scales and one of my accounts was Kalitta Air, I never had the opportunity to meet Connie directly but my contact at Kalitta Air had nothing but good things to say about him and how he treated his employees.
I've attended several arrivals of fallen military personnel from overseas, all on Kalitta Air aircraft, and each occasion was extremely dignified.
Thank you Connie for all you do.
C

Nitro Member
Sky Harbor in Phoenix has a special team that off loads the remains of fallen military. It will bring tears to your eyes. The team is all volunteer & they show the greatest respect for our heros.

Pete said:
I'm not surprised at the size and scope of Kalitta Air, Connie has always been driven for success....also, I don't know him personally, but I look at what a person does to determine their makeup and Connie has a huge and caring heart...now lol, not sure about back in the day

This made me think of when he owned "American International" and sold it off...got paid, then bought it out of bankruptcy and kept going
Click to expand...

I can’t even look at the still image without getting choked up.
S

Nitro Member
Doug Kalitta owns Kalitta Charters which is a small jet (Lear, Challenger, King Air, etc.) charter company. He also has several air ambulances and flys military deceased from Dover AFB to wherever the family requests. He does not charge the families for that service. He also owns Kalitta Charters II which flies several 727's and other smaller planes.
Flying is a Kalitta family business.

Staff member
Nitro Member
Didn’t Kalitta fly Doug Herbert home during a race weekend after Herbert found out about the wreck that took the lives of his two sons?
C

Nitro Member
Kalitta flew Shirley to hospital to get surgery after her accident at Sanaire.
R

Nitro Member
It was our great privilege to host Connie in London for our British Drag Racing Hall of Fame Gala in 2017.

And how did this titan of the global air freight industry cross the Atlantic? On Delta.

And my memory could be mistaken, but I think he flew Coach.

You're welcome Larry. It's people like you and Connie Kalitta that have made OUR sport the greatest in the world.
S

Cliff said:
Kalitta flew Shirley to hospital to get surgery after her accident at Sanaire.
Click to expand...

Connie also flew Jerry Caminito home after jhe recuperated from his horrible crash at Memphis.
You must log in or register to reply here.
Ways To Support Nitromater