Nitro Member
wonder if they'll be ready to debut at gators? nothing yet where exhibitions will be held? 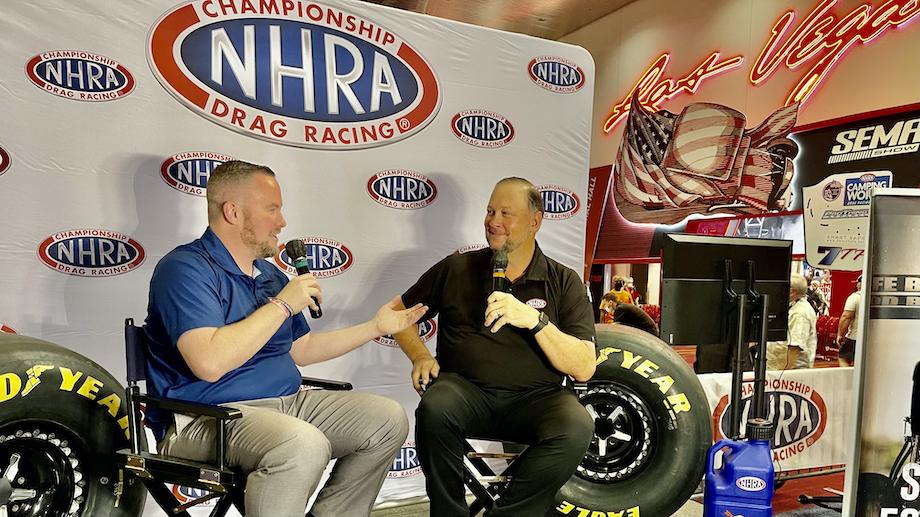 The second phase of the NHRA's Factory Experimental presentation is apparently in full swing. On November 8, 2021, the first came when NHRA officially revealed the Factory X presented by Holley exhibitions. The second has been on the down-low with multiple chassis builders already at work...

Nitro Member
I like the idea that other brands could be involved, like Toyota, etc. Mercedes anyone? All they need is a V8 engine.... I know that Toyota developed a V8 for NASCAR some years back & they have won a lot of races. Toyota seems very interested in drag racing. Maybe a new Supra w/ a V8? Also thought about non V8 engines, like the Supra turbo in line 6, etc, but it would be a can of worms to police that. Well, looking forward to see the new class.

Nitro Member
This could be a really cool class. I do wish they’d given them more rear tire. Hope more manufacturers get involved. Who says you can’t go back

Nunz said:
IMO it's more important for new blood to get involved in the sport than it is to have retired drivers come back.
Click to expand...

Nitro Member
We do not need by any means another sanctioning body. I would also like to see over the line burn outs. Larger tire, an tend to think so too.

Gone Dead Train said:
How many more classes (new) does NHRA need. They (NHRA) should be helping to strengthen some of
the older classes. Most notably Top Alcohol Dragster and Top Alcohol Funny Car. Huge fan of the class!
What drag racing really needs, is another major sanctioning body to go head to head with the NHRA.
Click to expand...

In an indirect way you could say this is to strengthen an older class. If this succeeds you will more than likely see current pro stock say bye bye. I really enjoy the alcohol classes too. I personally think they need to shake it up in some way to help the casual fan enjoy it more and increase car counts.

Nitro Member
can't figure out exactly what's going to happen with this class......what happens to FS? what happens to PS? what if it doesn't work? can it slip into SS or comp?
what if class is hugely popular, and factory support dollars are weened from nitro classes? what if factory support is huge, and other players come in; then it's all about brands
and selling cars again. why not contact netflix and really blow it up bigtime. the drivers would suddenly be more popular than john force.
O

[email protected] said:
We do not need by any means another sanctioning body. I would also like to see over the line burn outs. Larger tire, an tend to think so too.

You do remember that if Wally didn't have serious competition from AHRA, we would probably still not have the nitro classes. He only brought nitro back because he was losing tracks as Tice and the AHRA tracks were "making money". Quite possibly there would still be no Fuel Altered, Nostalgia Front Engine Top Fuel, Nostalgia F/C, Pro Mod or small tire classes if NHRA was the only sanction all these decades.

But there are many other sanctioning bodies in existence right now. They are just called different names and many are by region only. Ones I can think of quickly are: NMCA, NMRA, Midwest Pro Mod Association, Southeast Gassers and IHRA is still a sanctioning body as they still sanction tracks and promote bracket and class races. Dallas Brown is the current owner of AHRA and has 17 races on the schedule so far in 2022.

There's numerous nostalgia circuits like the Southern Slingshots and many more that would popup with a decent google search. Are any of them serious competition for NHRA? No, but they do pull in paying crowds and promote good to great shows.

There are many current and former NHRA National Event tracks that have been sanctioned by others. Memphis, St. Louis, Norwalk, Dallas, Rockingham, Bristol, OCIR and LIons are just a few tracks that I can quickly think of that have changed sanctions at least once and some multiple times. (Mark Herndon, Larry Sutton and others... Yes, I know OCIR and Lions are closed. Just figured you would appreciate their being on the list.)

Competition is good as Pro Stock suffers when it's a Chevy only class. Drag racing track owners will suffer if it ever truly becomes just one sanctioning body too.
O

Gone Dead Train said:
Pro Stock is a older class that needs to be strengthen. I don't want Pro Stock to go bye bye. But right know it is boring, it's
95% Chevy if not more, the fans leave the grandstands when they run. Some how NHRA needs to figure out how to get
Mopar, Ford and even Toyota (they have V8 motors) heavily involved in the class. We don't need another 8 or high 7 second
door car class. We have Factory Stock Showdown and Top Sportsman, and I really dig both those classes. And stock and
Super Stock love them too. And for my Alcohol class more money, not peanuts!
Click to expand...

If I understand the issue correctly, the current Factory Stock Showdown class has a big problem with their easily exceeding the NHRA chassis spec's that limit them to 7.50 ET's. Having been around at the marvelous beginning to Pro Stock, I wouldn't mind if they we to somehow make the A/FX class for totally stock sheet metal (or factory plastic). Only allow them to put cages and belts in a totally stock appearing car and let the drivetrain be the adjustable issue for class parity.

Looking back on history, had NHRA and AHRA not allowed Grumpy to go full chassis, Pro Stock wouldn't have morphed into a stick shift, naturally asperated version of a funny car. That might have just been enough to keep the factories interested as the fans in the stands (and watching on-line/tv) could relate to it, as it looks like their car in the parking lot/driveway. Yes, their would need to be measures in place so the stock sheet chassis could hold up safely to a seasons beating. But this wouldn't be rocket science and Bickel, Haas, Jones and the other smart guys could get it done.
M

Nitro Member
I like the whole concept of this class, Different than the whole Chevy pro-stock except the few that stick to their brand. I've been hearing rumors that there are some "old heads" piquing an interest in competing in this class. Meaning there are dabbling on the interest in this class. I guess we'll wait to hear because it's way to early with the rumors right now. Don't be surprised to see some retired guys to come out of the woodwork!

mick said:
can't figure out exactly what's going to happen with this class......what happens to FS? what happens to PS? what if it doesn't work? can it slip into SS or comp?
what if class is hugely popular, and factory support dollars are weened from nitro classes? what if factory support is huge, and other players come in; then it's all about brands
and selling cars again. why not contact netflix and really blow it up bigtime. the drivers would suddenly be more popular than john force.
Click to expand...

Nitro Member
I feel like part of the problem with pro stock is that type or form of car is severely diluted, in NHRA racing . by my count there are 5 categories that employ 6 second 200mph full body cars and 6 if you include factory stock, which is not a 6 sec car but cost just as much as the others. there is a finite amount of car owners willing to spend few hundred grand to go racing and unless they want a funny car or a dragster, they've got up to 6 choices. all these cars are made up of different types of combinations but to the casual fan they are all full body cars that clock around 6 seconds
T

Nitro Member
All good points, should be interesting.

All of us could only wish for that class to come back!
M

Nitro Member
If they were to bring P/S truck back, Obviously it won't happen but, The big 3 would have to bring full size pick-ups being that they don't make small trucks anymore like the S-10, Ranger, e.t.c. It would be full size trucks. Still, would be fun to watch.

mgty3whlr said:
If they were to bring P/S truck back, Obviously it won't happen but, The big 3 would have to bring full size pick-ups being that they don't make small trucks anymore like the S-10, Ranger, e.t.c. It would be full size trucks. Still, would be fun to watch.
Click to expand...

Nitro Member
Wondering what will happen to manufacturer involvement in motor sports when everything will be based on electric. For example with Camaro leaving (2024?) what does JFR get, a new body based off an electric sedan? Current P/S seems like it may not last long, possibly F/X taking over, where does that leave Chevy with Camaro gone and no replacement on the horizon? Or Challenger going all electric in two years.
Just wondering if the manufacturer interest will stay in motorsports
You must log in or register to reply here.
Ways To Support Nitromater

Changes on the horizon for John Coughlin

Wild ride for the Nitro Clown