TORRENCE AFTER ANOTHER 4WIDE WIN (1 Viewer)

CHARLOTTE, N.C. – There are a couple of good reasons why three-time reigning World Champion Steve Torrence and his Capco Contractors Top Fuel dragster are favored to win this week’s NGK/NTK 4Wide Nationals for a fourth straight time.

One is Torrence’s mastery of the nuances of competing in a four-wide format he once despised; the other is the ability of crew chiefs Richard Hogan and Bobby Lagana Jr. to tune the race car to its maximum potential on all-concrete racing surfaces like that at ZMax Dragway.

Torrence’s four-wide success is well documented. The 38-year-old Texan has won five of the last six races contested four across, most recently prevailing April 18 at The Strip at Las Vegas Motor Speedway.

How good is that? Well, no one else in any racing category has won more than two four-wide titles and only one other driver (Pro Stock World Champion Erica Enders) has hoisted the trophy at both of the tracks that currently host such events.

“I used to hate four-wides,” Torrence admitted, “but we’ve had so much success the last few years that now I can’t wait to get one started. We didn’t run four-wide last year at all (because of the COVID-19 pandemic) and, to tell the truth, I missed it.”

The 41-time tour winner went from zero to hero in four-wide racing by learning to block out distractions and maintain his focus.

“It can be confusing,” he said of the unusual configuration, “especially if you’re in one of the inside lanes. It’s easiest, I think, if you’re able to put yourself in one of the two outside lanes because your view is more like a normal two-car race.

“Of course, you can’t always get the lane you want, so when you’re not in one of the preferred lanes you just have to double-up on your concentration. No matter where you are, 1, 2, 3 or 4, you still have to do your job.

“A few years ago, I was in in Lane 3 but I was looking at the wrong (set of starting lights),” he recalled. “I was sitting in pre-stage (having illuminated the first of two bulbs in the starting sequence) but I thought I was already staged. I was thinking someone else needed to light another bulb so we could get on with it and all the time it was me.”

Needless to say, the cancer survivor and dad to month-old daughter Charli has managed to avoid that kind of confusion during his current streak.

It’s a little more difficult to break down the advantage the team enjoys on the tour’s four all-concrete tracks – Zmax, the Texas Motorplex outside Dallas, Maple Grove Raceway near Reading, Pa., and New England Dragway in Epping, N.H.

Nevertheless, the numbers are similarly impressive. Of the last 11 Camping World tour events contested on those tracks, Torrence has won nine. His dad, Billy, driver of a second Capco Contractors entry, won another.

That means that Team Capco has won all but one of the NHRA races run on concrete tracks since the start of the 2018 season and Steve has won five of the last six at ZMax including four in succession.


Looking Back
Steve Torrence at the NGK/NTK 4Wide Nationals 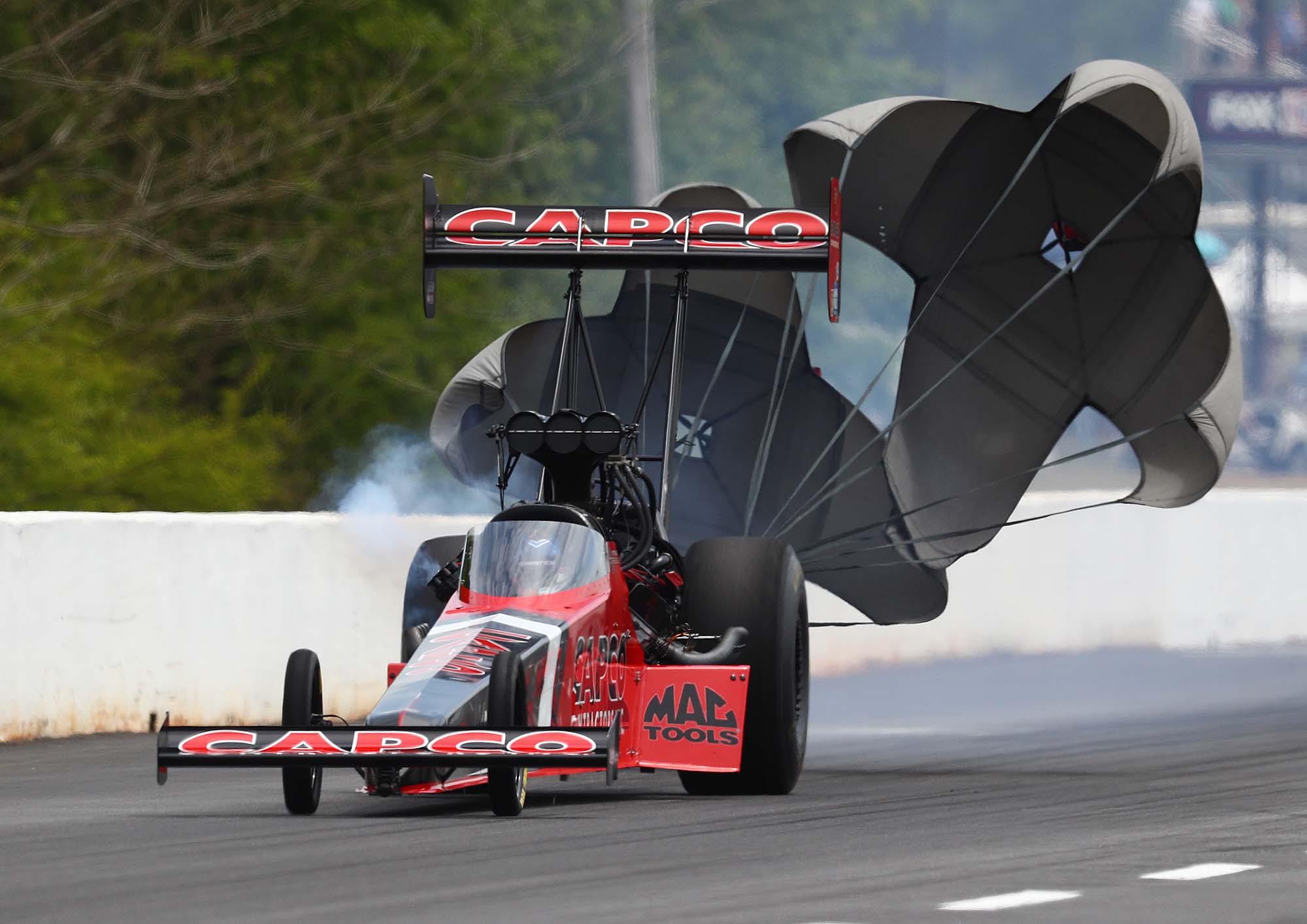 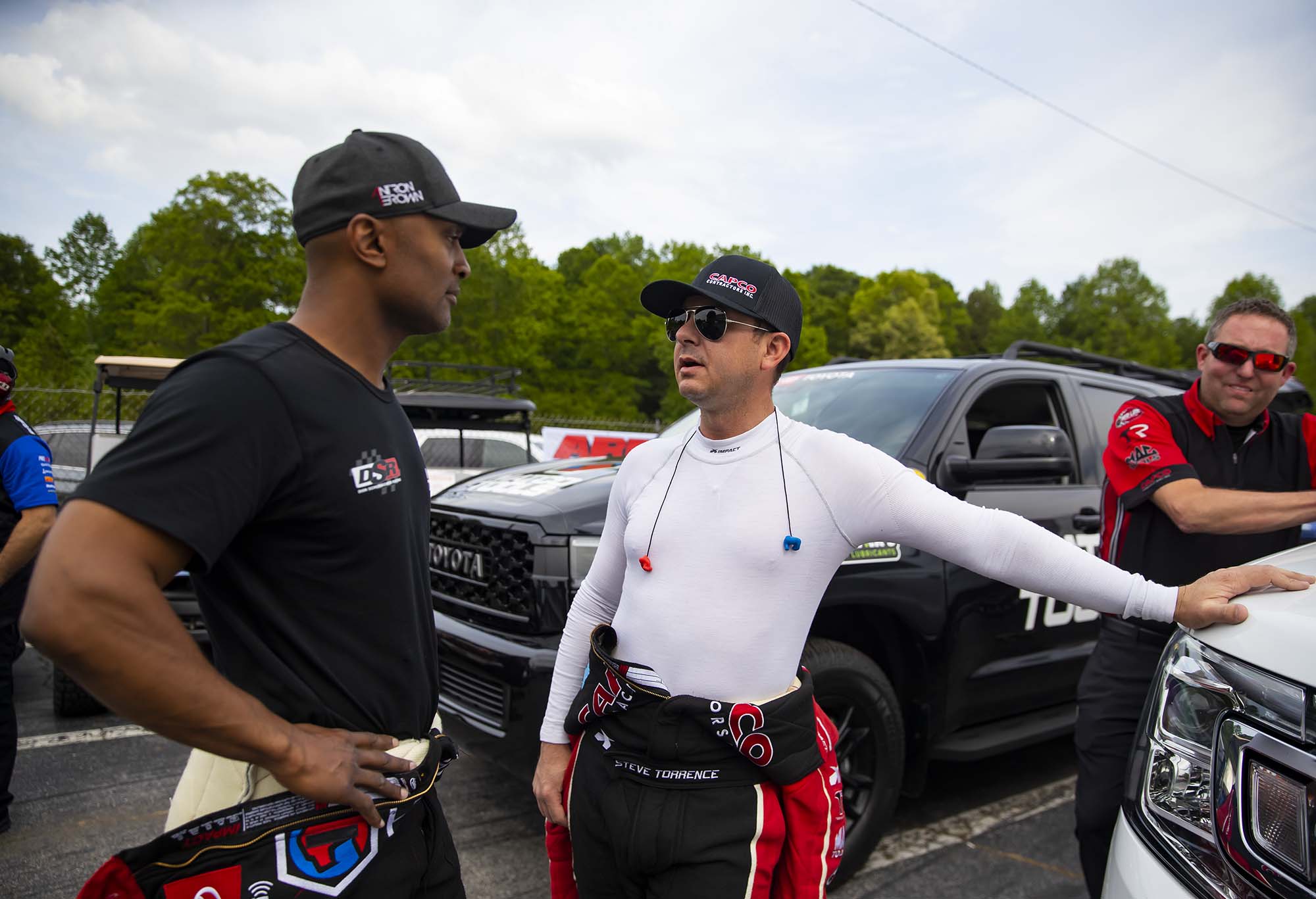 DESPITE CHANGES, TORRENCE STILL THE MAN TO BEAT