What do TAD/TAFC car counts look like next year? (3 Viewers)

Nitro Member
The alky classes need sponsorship specific to their series. Like every class, a bump in round money would go a long way toward increasing attendance. I think the alky classes put on an amazing show, especially the Funny Cars. Listen to those cars rev the motors to the moon, swap feet at the hit, and shift twice heading down track is really a show. These cars really need to never go away. Will Hanna of InsideTopAlcohol.com fame is doing a great job bringing more exposure to these cars.
M

Jimbo said:
This is just my opinion but the NHRA has not really supported these classes for the past 15 years or longer.
Whenever there was a time problem for the show their qualifying sessions got cut short.

The days of having 20 cars show up were back when Manzo and many others were racing and even the amount of money they were paid had not changed in years.
The NHRA stood by and watched the classes slowly deteriorate to where it is today.

Just my opinion but that what happened. Jim Hill
Click to expand...

One thing for sure I was told by NHRA was that class will not go away simply because they need fill in between the pro show down time. 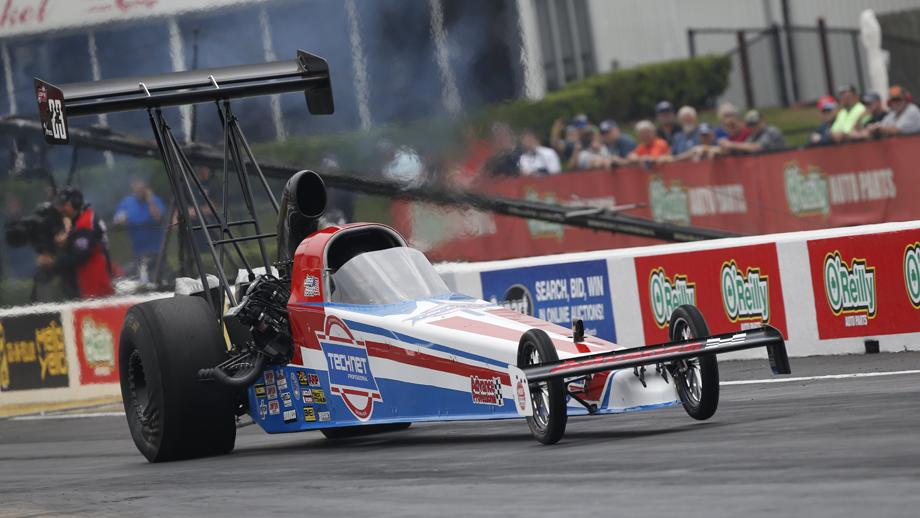 Karen Stalba, a two-time national event finalist, has announced a return to the Top Alcohol Dragster class in 2021, and in an effort to keep pace in a rapidly progressing category, Stalba and her husband, Tom, have purchased the entire operation of two-time U.S. Nationals winner Josh Hart

Nitro Member
The last event I ran TA/FC in was the 2012 Winternationals where we were fortunate enough to win. I remember Duane Shields coming up to me after the final and telling me not to expect much from our contingency decals because most of the companies dropped out. We won the Las Vegas Nationals at the end of 2009 and the contingency decals paid quite well in contrast. In a little over 2 years the program for whatever reason had been whacked off at the knees.

I was never considered a mega buck racer, and we never did it because we hoped to win a lot of money. We did it because we loved the class and enjoyed the competition. The money won was an afterthought, really. We made a nickle look like a dollar in my operation and we still couldn't manage to keep the cost under $20,000 per weekend 10 years ago. We always had very good parts, ran pretty well, and went when we could afford to. Some weekends would be less $$, but the next weekend would make up for it. And a lot of our competitors spent a lot more.

My wife passed away from cancer in 2018 and at her prompting before she died I put together a top sportsman operation after being out of the ownership role for 6 years. I'll be honest. I did T/S because I can do it with less crew, less drama, I still have a race car and can go play. And I love the class. The intensity is a lot less as is the cost to maintain and it suits me fine, but my heart is still in the alky pits. Would I ever go back to top alcohol. No. I'm done for a lot of the reasons being stated in this thread.

30 years ago when I first licensed in TA/FC there were 31 cars qualifying for 16 spots at the 1991 Winternationals. 29 cars were at my first division race trying for 16 spots at Bakersfield that year. Racers have either aged out or been left behind financially in more than just the alky classes.

I watched the streaming coverage of the division races, specifically noting Top Sportsman/Top Dragster racers, where you can see the age and occupation of the drivers. I'm amazed at the number drivers there are in their 60's to later 70's, especially in Top Sportsman (add me to the list for next year). Mark Henges, a prolific Top Alcohol Dragster racer, posted on his Facebook page that he just purchased a dragster for Top Dragster. I mentioned on his post that old Top Alcohol racers never die, they just get gas (in the fuel tank).

Anyway, I just wanted to share my thoughts on the alky classes and where we ended up. Everyone has their own story, but this is mine. Guys like Jay Payne, Russ Conroy, the Gordon's (I used to race againts Doug's dad, Mike in TA/FC) can continue through their kids and still play. I didnt have any. So I'm heading back out until they ask me to leave.
C

Nitro Member
Randy, you could always get a blower motor for your T/S car.... heh heh

Cliff said:
Randy, you could always get a blower motor for your T/S car.... heh heh
Click to expand...

I thought about it! I was going to run BAE stuff because they aren't too far from me and they are friends but I decided to go the big cubic inch Sonny's Hemi route. You never know what the future holds.
You must log in or register to reply here.
Ways To Support Nitromater

Users Who Are Viewing This Thread (Users: 0, Guests: 3)