Point Leader Seeks Second Career Win at Sonoma; Sixth Win of Season​
SONOMA, Calif. – One down; two to go. Steve Torrence’s bid to sweep the three races in the NHRA’s arduous Western Swing continues this week with a wine country backdrop as the three-time reigning World Champion and current runaway point leader tries to put his Capco Contractors Top Fuel dragster in the winners’ circle at the 33rd NHRA Sonoma Nationals.
Like last week’s Dodge Mile-High Nationals at Denver, the Sonoma Nationals was not contested last year amidst the turmoil of the COVID-19 pandemic. Nevertheless, Sonoma Raceway is a venue at which Torrence feels both comfortable and confident even though he’s won just once in 10 previous appearances.
“It’s hard not to be confident when you’ve got Richard Hogan, Bobby Lagana (Jr.), Gary Pritchett and the rest of the Capco Boys behind you,” Torrence said, alluding to the mechanical talent that has made his red-and-black dragster the undeniable T-Rex of the Camping World tour.
“I’m just a guy trying not to screw it up,” said the 45-time tour winner who has won the last two tour stops and five of eight races this season. “I just feel very blessed to be able to do something I really love at the highest possible level and do it with a bunch of guys who share my passion for the sport.”
Considering everything he’s accomplished since he founded Torrence Racing in 2012, it’s hard for many to believe that Torrence has not yet swept the Western Swing, especially since Top Fuel drivers have done so with far greater frequency than their Funny Car and Pro Stock counterparts.
Not that the 38-year-old really needs such a sweep to validate what already is as Hall of Fame career. After all, while five Top Fuel drivers have made a clean sweep of “the Swing,” Torrence is the only driver to complete the ultimate sweep, winning all six races in the Countdown to the Championship in 2018.
He also is the only drag racer to have won NHRA series titles in both the Top Alcohol (2005) and Top Fuel divisions. Still, he admits that joining the company of “clean sweepers” Joe Amato, Antron Brown, Larry Dixon, Cory McClenathan and Tony Schumacher is something he would love to add to his resume.
“I like challenges,” he said, “and the Western Swing is definitely challenging when you go from more than a mile high at Denver down to sea level at Sonoma and, this year, you throw in L.A. summer heat with the race at Pomona (the postponed Lucas Oil Winternationals which has been rechristened the Lucas ‘Summernationals’).”

Looking Back:
Steve Torrence at the NHRA Sonoma Nationals 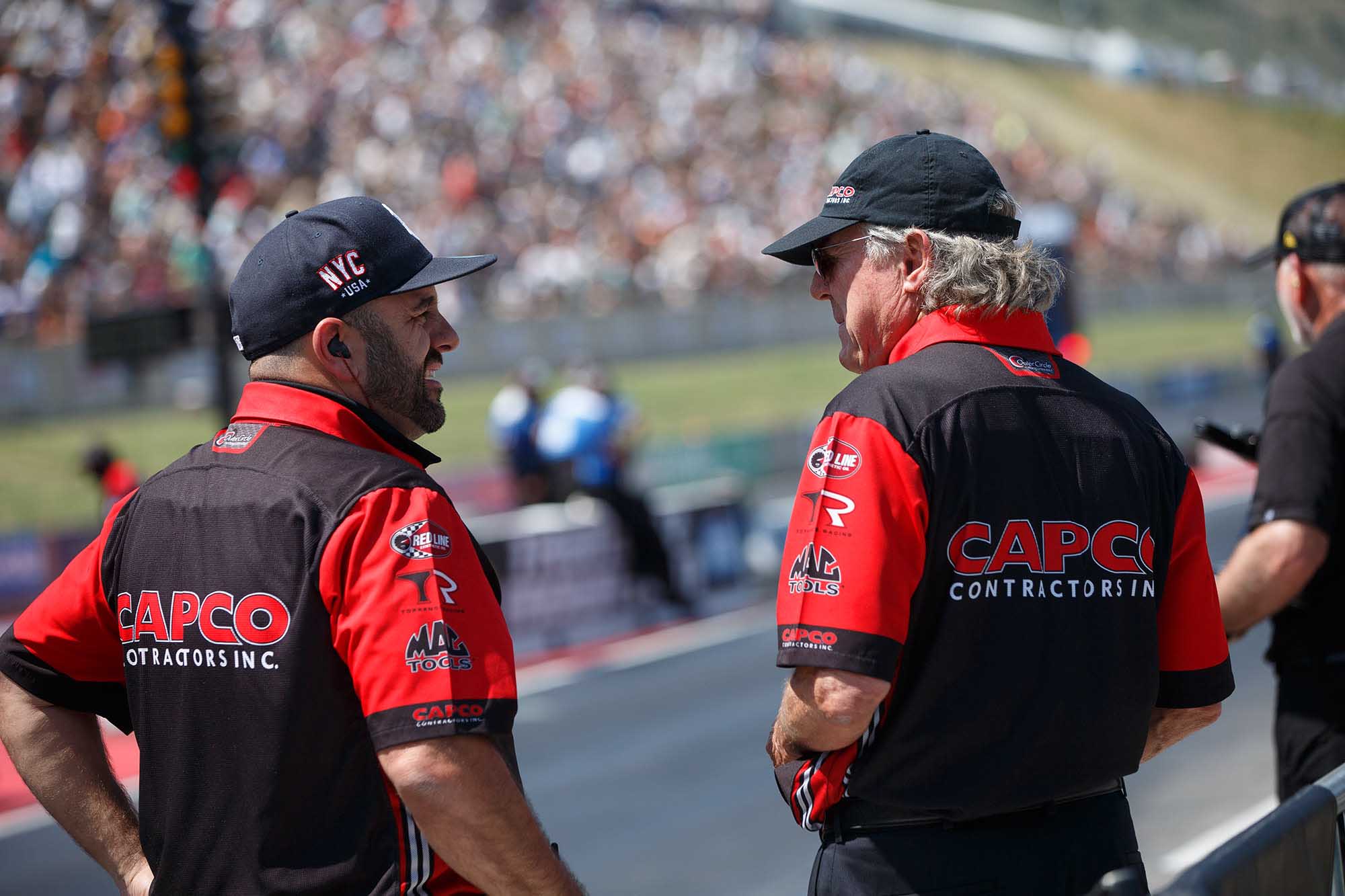 Steve Torrence celebrates his fifth win of the season last week at Denver with wife Natalie and daughter Charli. Torrence resumes his bid to sweep the three races in NHRA’s Western Swing when he drives the Capco Contractors dragster this week at Sonoma, Calif. 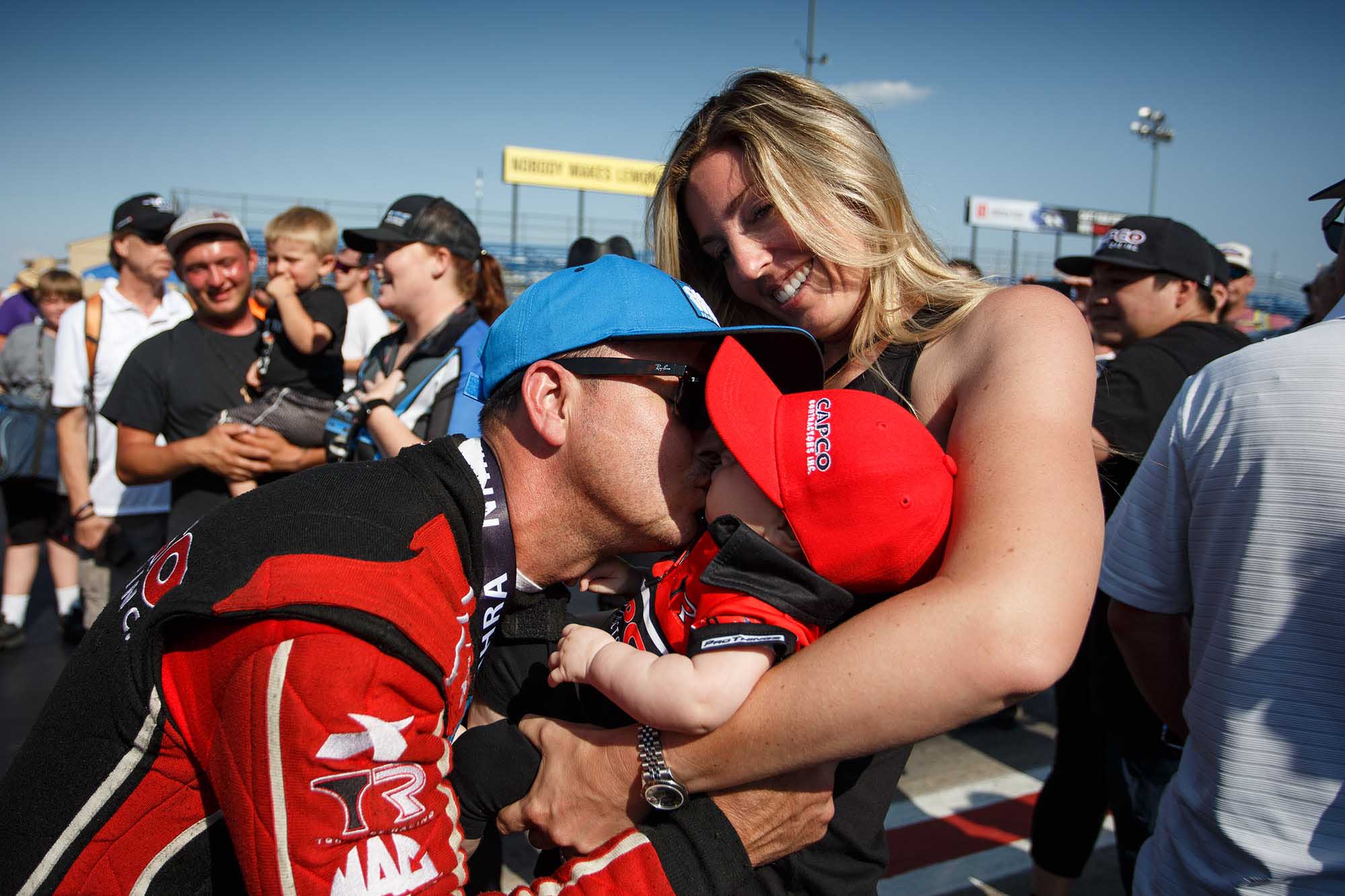 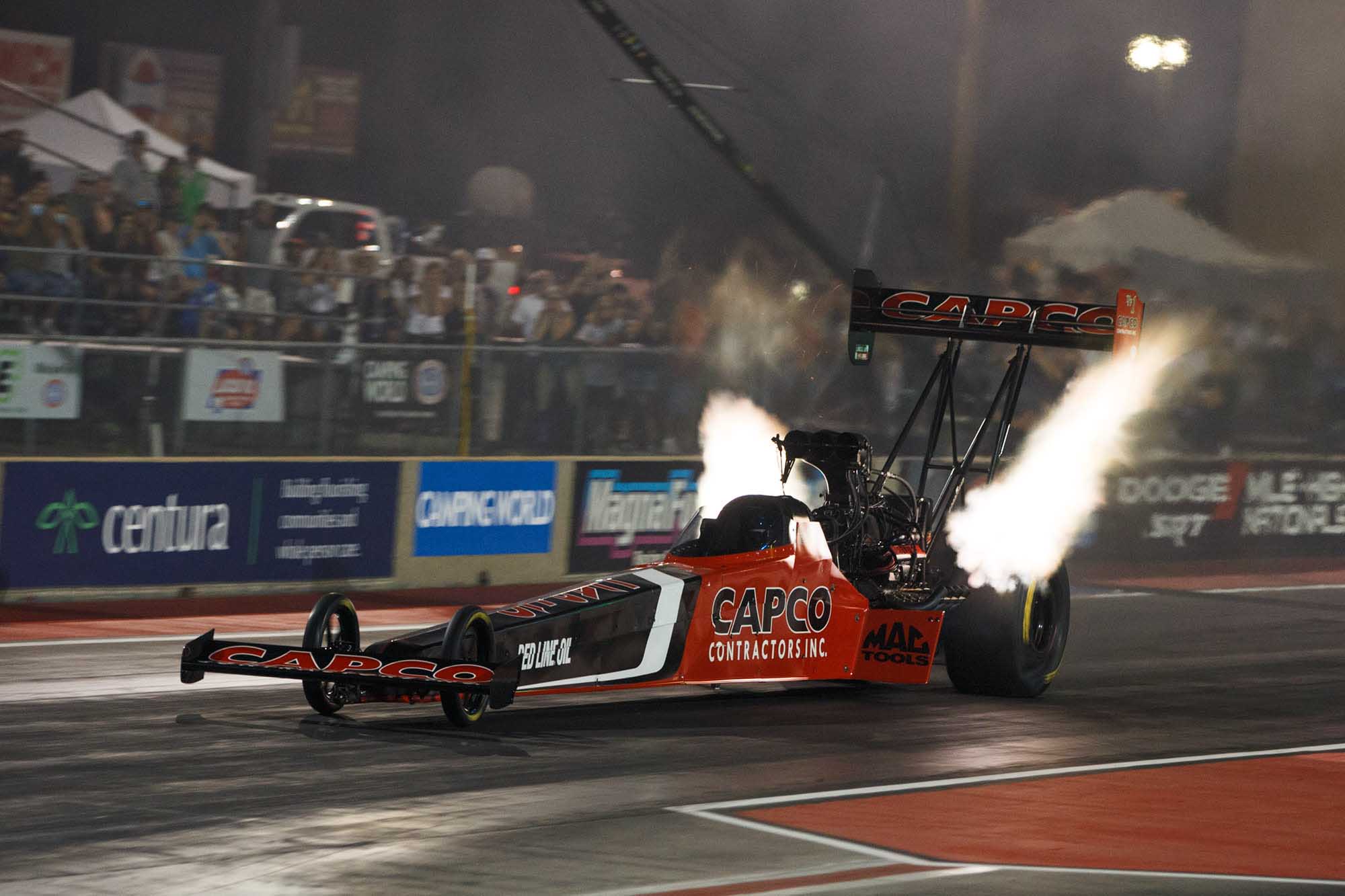 TORRENCE ANGLING TO ‘SWEEP THE SWING’