Cliff said:
Hmmmmm Could have been World of Wheels. I just remember it being somewhere in LA. Maybe Convention Center or something like that. Car shows were starting to make a come back then, so early 70's.
Click to expand...

The last Custom-Hot Hod Car Show I went to was in 1984 ( Seattle ). Garlits was there signing handouts stood in the
line for maybe 10 minutes, got up there and was going to ask him a question. But he looked and seemed really grumpy.
Got the signed handout and hit the road. Still have the handout

Cliff said:
KRLA! Waaaaay back in the 60's and 70's, that was one of the best AM rock n roll stations in SoCal. Lessee, KRLA, KFWB, KDAY (all AM) & a few others that I can't remember. But those 3 were set on the car radio. Also remember KRTH, FM, from the early 70's. Played 50's music at first. Inspired me to get an AM / FM radio installed in my Pinto. Was so used to AM, that it blew me away to listen to FM. Two speakers.... heh Oh, I'd gone to a car show in LA & Wolfman Jack was there & KRTH (K-EARTH 101) was doing the broadcast, and that was how I found out about the station. I used to hear Wolfman Jack on XERB in Del Rio, Texas (well, the station was on the Mexican side) and we'd listen at night, when I was in Roswell. Also KOMA from Okla City at night - better music than the local Roswell stations.
Click to expand...

KRLA was the BEST!!! Great all-star lineup of disc jockeys and outstanding music.
I remember all the great drag racing commercials...BE THERE!

Nitro Member
I know of KRLA from The Bobby Fuller Four album. Considering it has two of my favorite songs from the '60s, I hold it in pretty high regard. The album cover is pretty good, too.

Nitro Member
Cliff and Ken you have to remember this deal. Saw Larry Dixon at Seattle in this AA/FD at least one time maybe two times.
"The Real" Don Steele was a DJ back in the 60's and 70's in L.A. and was on KRLA and other stations. Remember when
he sponsored the Dixon & Dunn AA/FD. 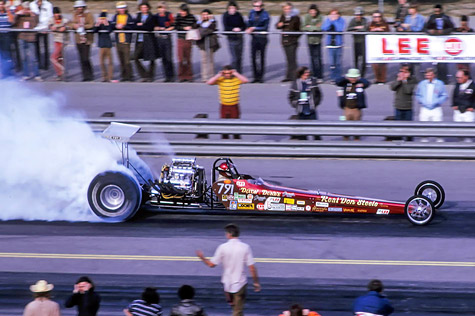 AA/FD Larry Dixon in the seat at Ontario. BBC on nitro 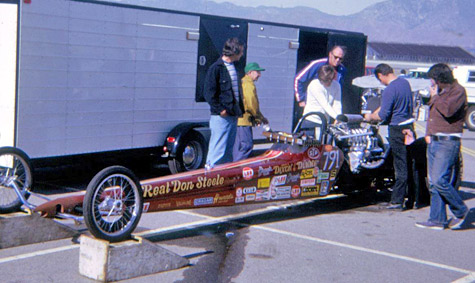 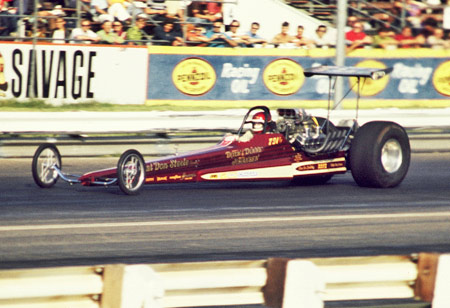 Nitro Member
This thread has gone sideways, we are talkin. about S/XS cars...but I too lived thru those radio stations...lol

[email protected] said:
This thread has gone sideways, we are talkin. about S/XS cars...but I too lived thru those radio stations...lol

Look at it this way. At least it isn't re-posting...lol

A nostalgic look back at drag racing funny cars from the 1970s.
www.70sfunnycars.com
Click to expand...

Cliff remember when Leah Pruett drove the reincarnation of the "Holy Toledo" at the
2009 March Meet. Not as cool as the original. 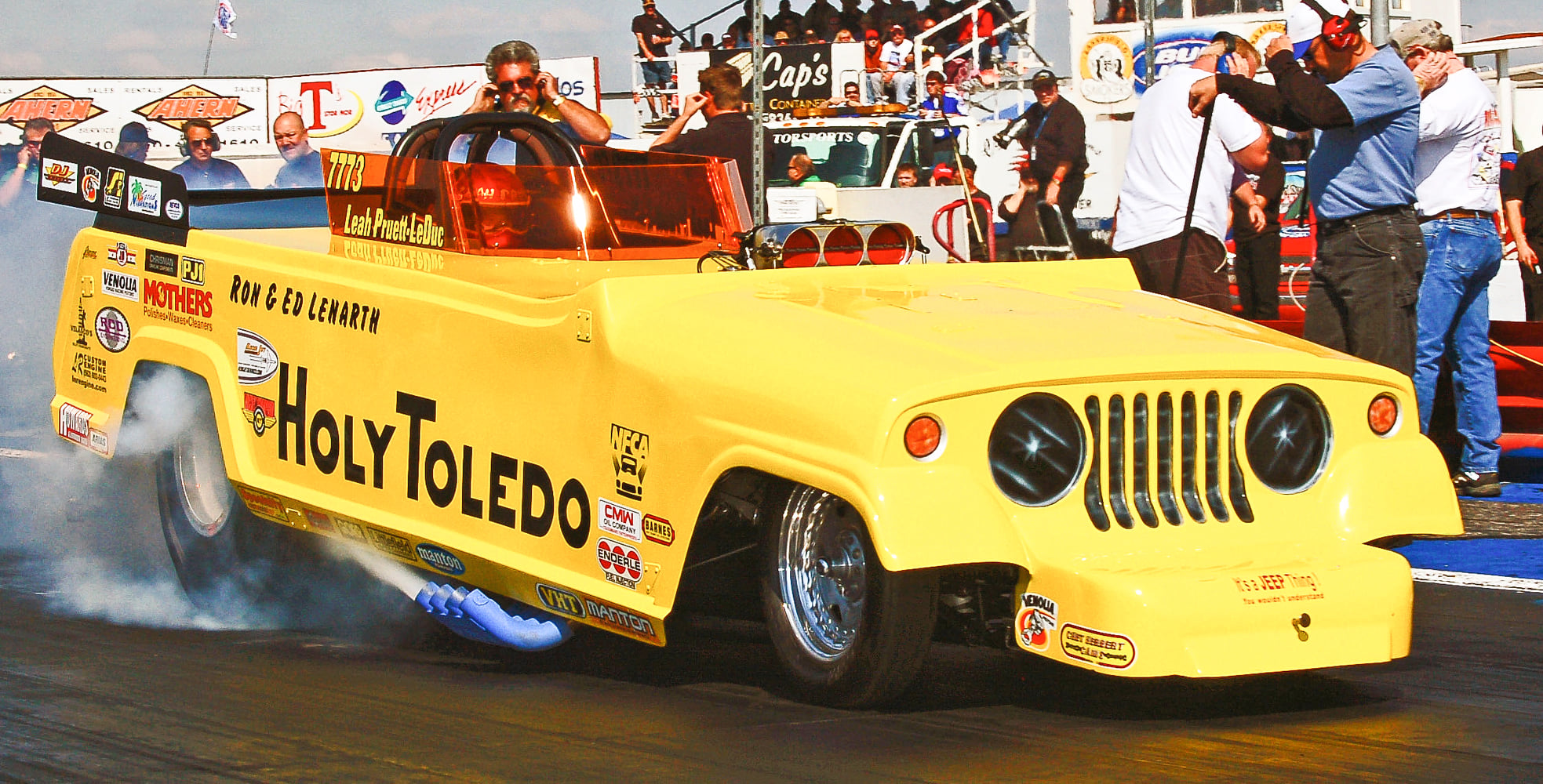 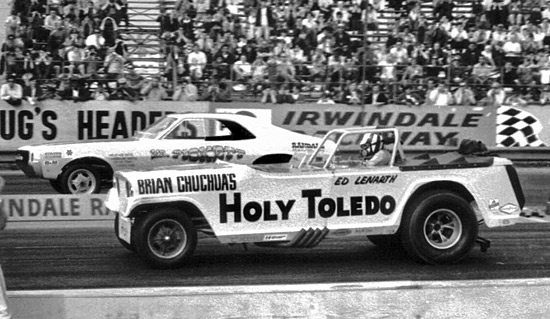 Nitro Member
I saw the "new" Brick at Wild Horse a few years ago. They had a great nostalgia show once. (Once) I think the Brick ran 5.99 ???? Not sure. Used to see the original at Lions, etc
S 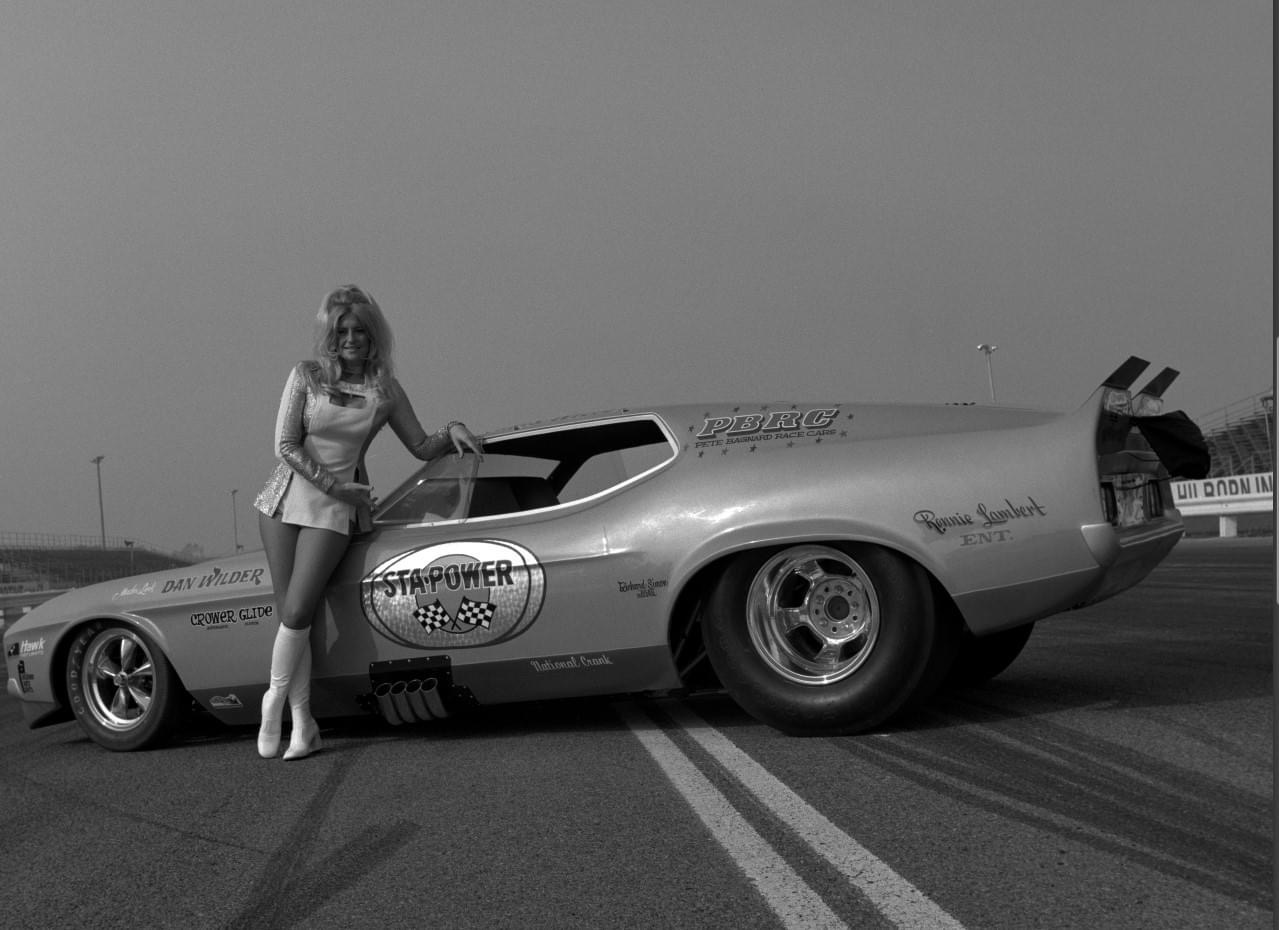 I don't know much about this car, just stole the pic off the internet one day. But it has the best lines of any F/C I've ever seen.

Agree with the John Collins Pioneer cars; nice blend of colors. Some of the others who always had cars I liked were Joe Pisano and Lil' John Lombardo.

Sandman said:
View attachment 9210
I don't know much about this car, just stole the pic off the internet one day. But it has the best lines of any F/C I've ever seen.
Click to expand...

Are you talking about the car or Linda?
S

Nitro Member
Nice lines on both... 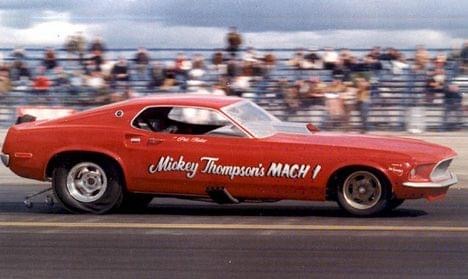 Not seen often in color, M/T's red car had great lines and I personally think it's due to the proportions of the body. It almost looks stock.

Nitro Member
These were my favorites as a kid growing up. Sorry, I don't go back further like the OP and a lot of the others on here nowadays, but these were all pretty bad ass FCs. 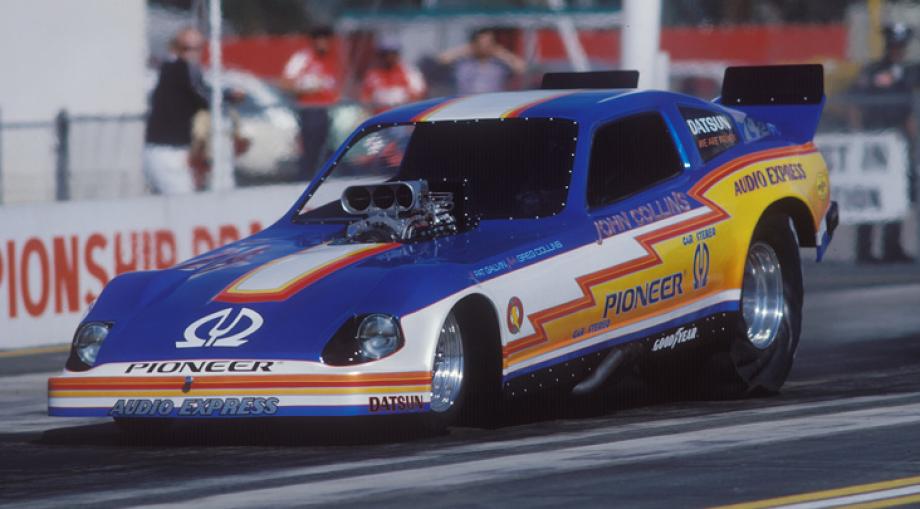 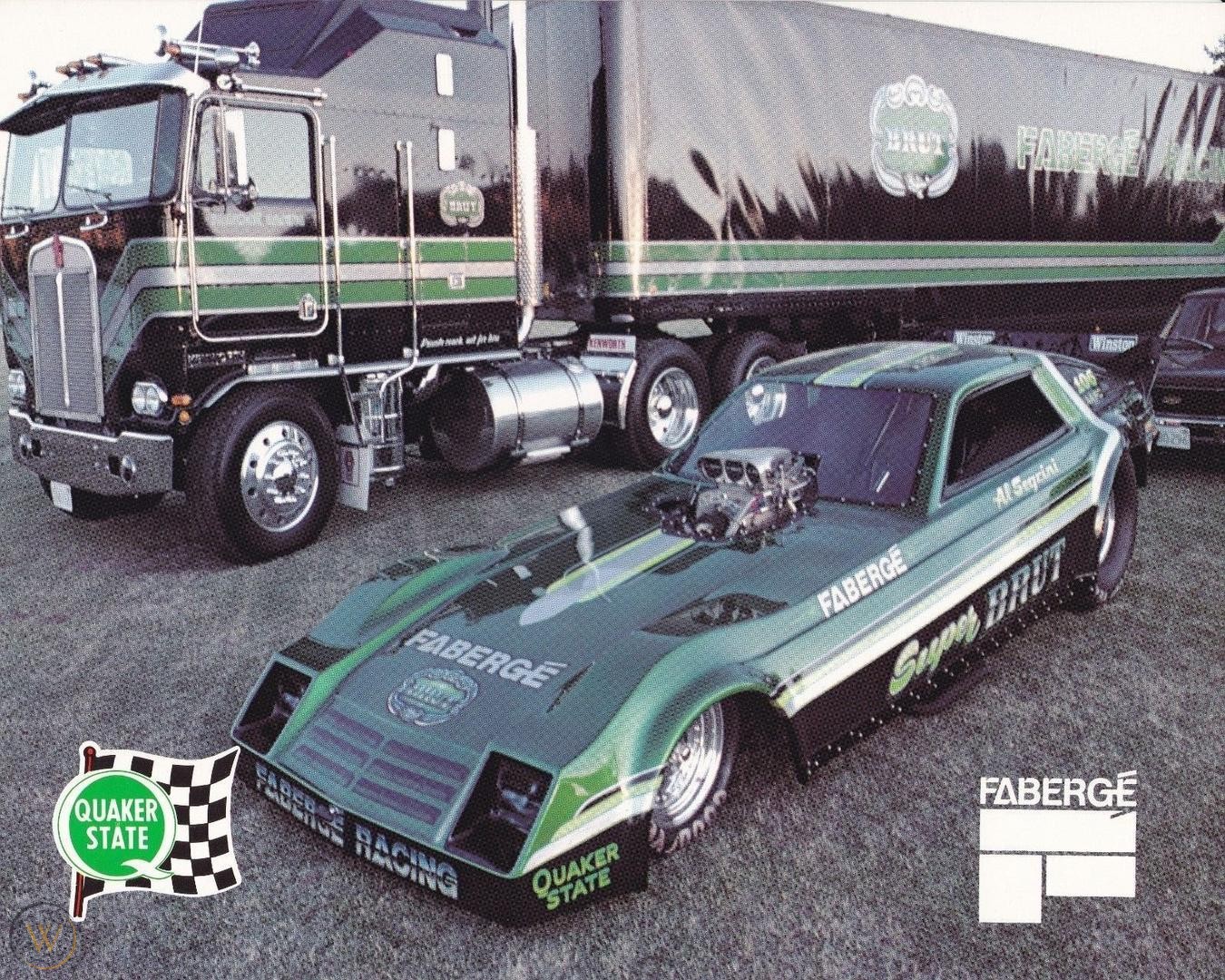 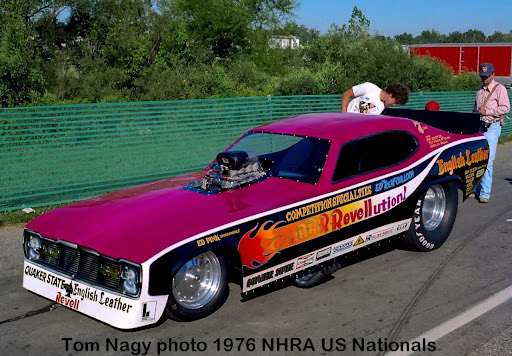 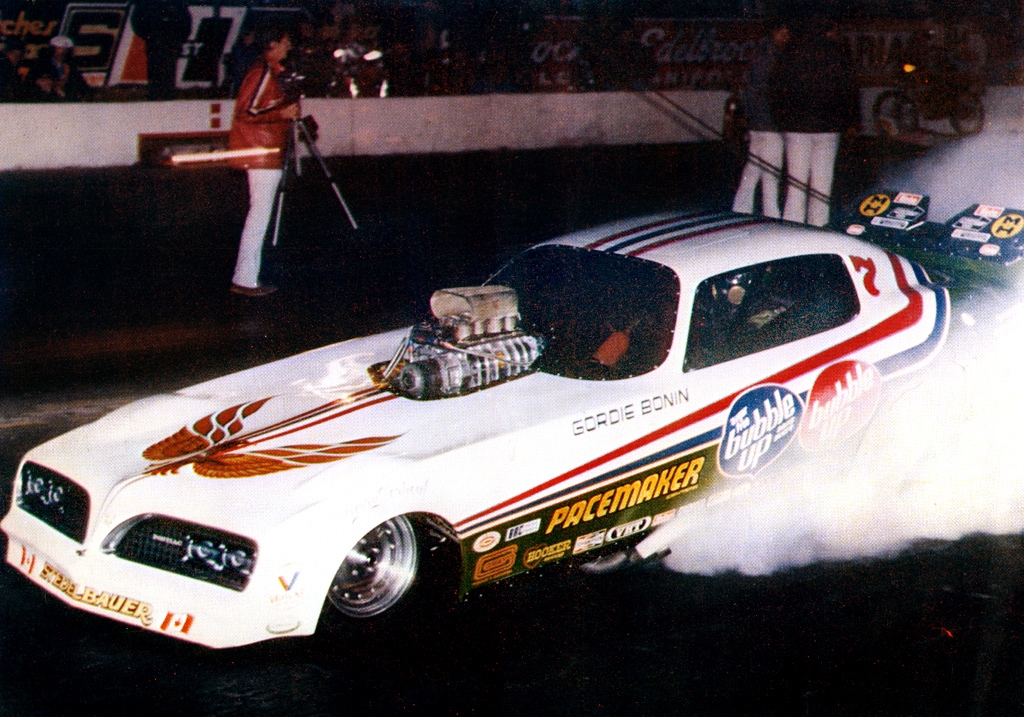 Can't forget Bonin's '77 Trans Am. I had Gordie sign this handout when I was about 11 or 12. My favorite FC shoe of all time.
You must log in or register to reply here.
Ways To Support Nitromater