Duane qualified in the top half of the field with a 5.42 at 270 MPH to land third in the qualifying order. The popular driver from Boulder City, Nevada, moved through eliminations by first taking on Richard St. Pierre in round one. At the hit, St. Pierre was late leaving the starting line giving Duane a big advantage. At the top end it was Duane taking the win with a 5.49 at 271 MPH to St. Pierre’s 5.62 at 252 MPH.

In the final round, Duane met up with Karen Stalba who qualified fifth with a 5.50 so it looked to be a close race on paper. As the dragsters left the starting line, Duane once again got the edge with an 0.069 to Stalba’s close 0.072. Duane was able to keep the lead and take the win with a 5.43 at 269 MPH to Stalba’s distant 5.99 at 236 MPH. “My team did a great job in 90 plus degree temperatures today. Go PEAK!" Duane remarked following the race.

During the event there was a bad crash that hospitalized one of the PEAK Team's fellow racers. "DJ cox was involved in a top end accident. Our thoughts and prayers go to him and his family" Duane said. 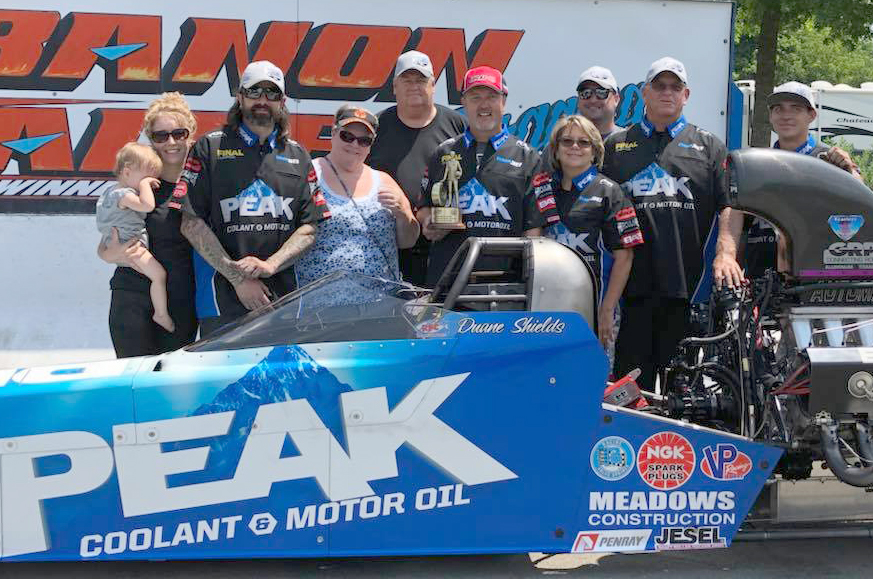 Well-Known Member · From Salem
Nitro Member
You must log in or register to reply here.
Ways To Support Nitromater

PEAK Dragster Goes to Final Round at Lebanon Valley

PEAK Dragster Goes to Final Round in Lebanon Valley