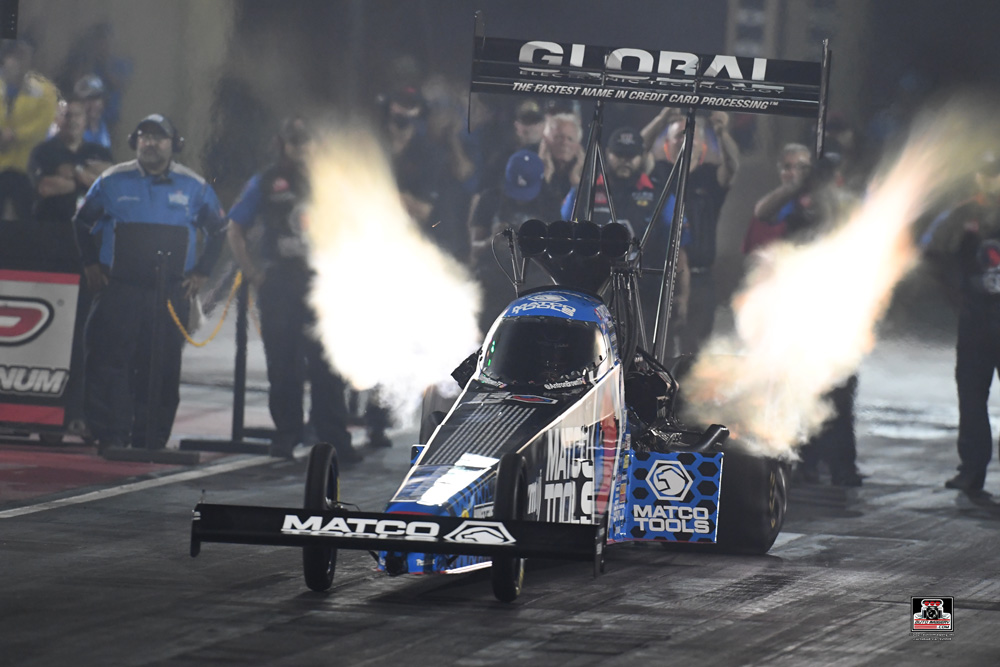 Noteworthy:
Quotable:
“Very excited to go back to Sonoma. There’s always such a great crowd out there, the fans come from all over, you can feel the energy, and it’s just such a great atmosphere. After our outing in Denver, our Matco Tools team is looking to get back on track and back to thriving. Brian Corradi, Mark Oswald, Brad Mason, all my crew guys, I can see that look in their eye. That look of hunger that says ‘we’re ready.’ We’re ready to go to Sonoma, not just to drink wine, we’re ready to go there and eat.” 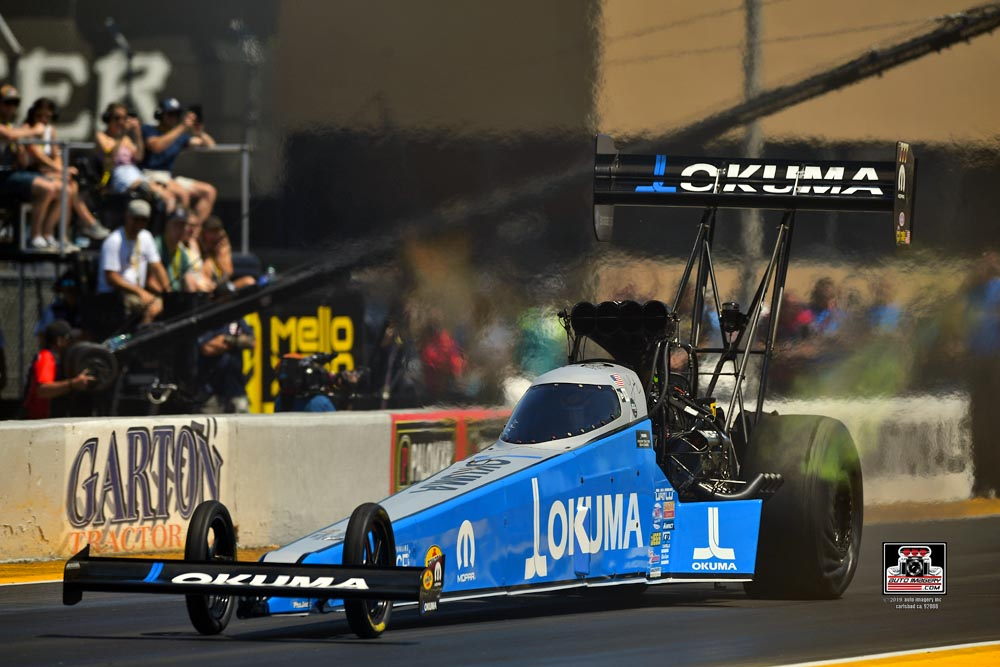 Noteworthy:
Quotable:
“Drag racing is a sport of ebbs and flows. This is certainly not where we wanted to be at this point in the season, but the trick is to not let it get you down or get inside your own head. All of the biggest names in our industry have gone through spells where they’ve had their struggles and they’ve always rebounded. My DSR teammates are a perfect example of overcoming adversity and bouncing back. Matt Hagan won the championship in 2011 and then didn’t even make the Countdown the year after. He’s since gone on to win two more championships. Ron Capps is one of the most decorated drivers in our sport, and he had to wait 20 years before winning a championship. Antron Brown, a three-time world champ, recently experienced a 42-race winless streak and has since won two races in the last nine events and appears to be back in championship-form. As Antron always says, ‘you have to beat resistance with persistence,’ and that is what we will continue to do.” 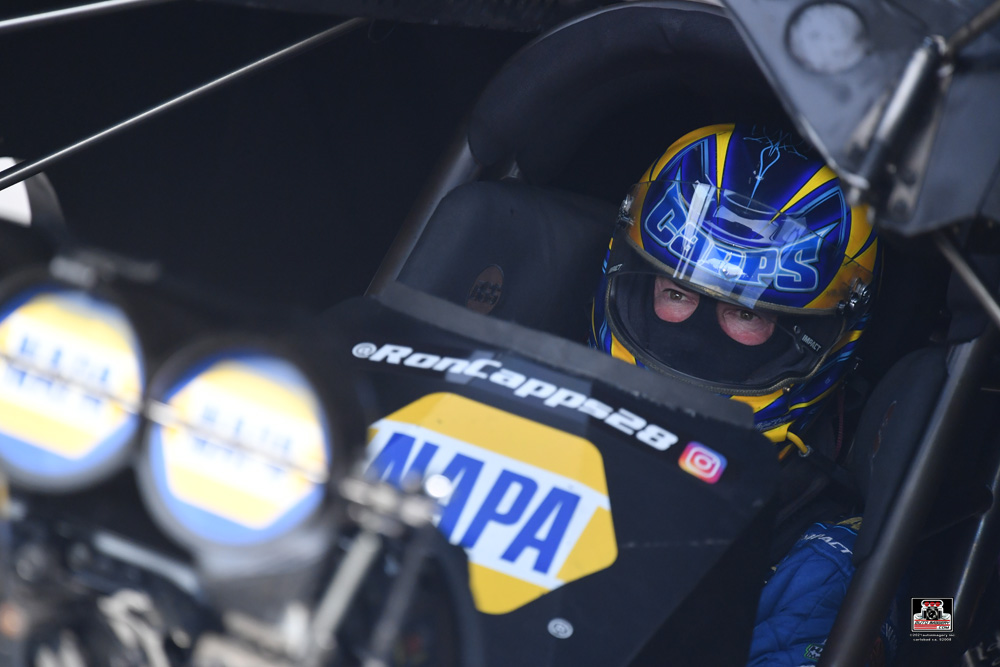 Noteworthy:
Quotable:
“Sonoma has always been one of my favorite tracks, and one I consider to be a home race. Growing up south of there in San Luis Obispo, I always have a lot of friends and family come out, and we always camp up on the hill overlooking the track. Being able to win at a race when your family is there is always something special. Hopefully this is the spot where we’ll get our first win this year. The NAPA team came off of a great weekend up in Denver. Anytime you can leave there with your parts in one piece and inventory well-stocked, it’s a great thing. We’re headed to sea level and Sonoma fans are in for a treat again with Friday night qualifying under the lights. It’s going to be fast like it always is. Our NAPA AUTO PARTS team is a win waiting to happen, and I can’t think of any better place than Sonoma to return to our winning ways and finish the weekend with a Wally.” 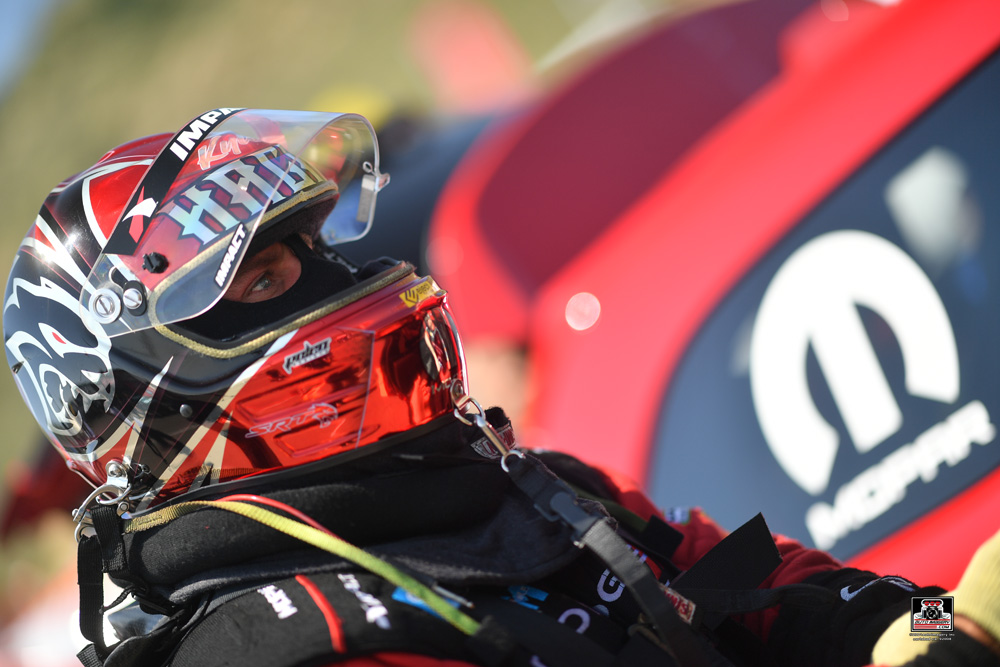 Noteworthy:
Quotable:
“We’re coming off of this huge win at Bandimere Speedway, which was something I was trying to do for a long time, and finally, after more than a decade, I was able to check it off the list. My guys work so hard and I know they’re going to move through this Sonoma race working just as hard to put a great race car underneath me. You can see the confidence in Dickie Venables and in every one of the guys on my team. Our Dodge Charger SRT Hellcat Redeye has been running really well these last few races. Everything is starting to click. To do what we were able to do in Denver was just amazing, so I can only imagine what we’ll be able to do this weekend back at sea level.
“They say you’ve got to win Denver to ‘sweep the Swing,’ and this is the first time in my career that I’ll have an opportunity to do that, but we’ll take it one race and one round at a time. I’m still on such a high from Sunday, and I can’t wait to carry this momentum into Sonoma. Right now, I’m back home working, grinding, getting caught up on my sleep, selling cattle, meat, and CBD. The grind never stops, not even during the Western Swing.”