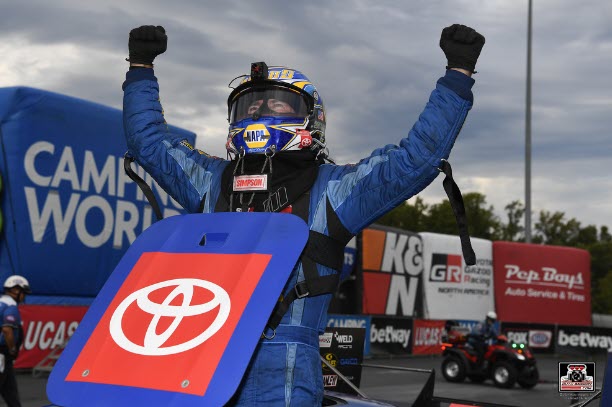 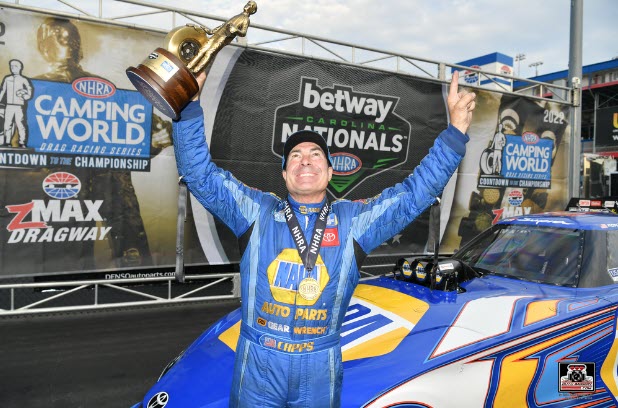 About Ron Capps Motorsports​
Established in 2021, Ron Capps Motorsports is a single-car NHRA Funny Car team owned and operated by reigning and two-time world champion Ron Capps. Headquartered in Brownsburg, Ind., the team made its on-track debut in 2022, and competes on the 22-race NHRA Camping World Drag Racing Series circuit thanks to the support of NAPA AUTO PARTS, Toyota, and GearWrench.
Capps, who serves as both the owner and driver of his namesake operation, is the second-winningest Funny Car pilot in NHRA history with 71 wins in the category, and 72 overall (1 Top Fuel). The 2022 NHRA season marks Capps’ 28th year competing in the sport’s professional ranks.

Ron Capps Advances to Fourth Final Round Appearance in Brainerd