Don Prudhomme, Richard Shute Named Texas Motorplex Legends
​
ENNIS, Texas (September 14, 2021) --- Iconic drag racer Don Prudhomme and award-winning drag racing photographer Richard Shute will be recognized as Texas Motorplex Legends during the opening ceremonies of the 36th annual Texas NHRA Fall Nationals. Prudhomme won the Fall Nationals three times including a Funny Car title in 1989, Top Fuel in 1991 and his final professional Top Fuel win was recorded at the 1994 Fall Nationals. Shute has chronicled every Texas NHRA Fall Nationals winner’s circle as part of his 50-year career as one of the sport’s most popular photographers.
“These two legends, Don Prudhomme and Richard Shute, have made an enormous impact on the success of the Texas Motorplex,” said Texas Motorplex owner Billy Meyer. “Prudhomme was one of the first Funny Car drivers to see this facility and he is one of only four drivers to win in Funny Car and Top Fuel at the Fall Nationals. Richard has photographed every significant event and milestone this facility has produced. His eye behind the lens is legendary and it is my honor to celebrate these two amazing people.”
Prudhomme, a true legend of the sport, concluded his 47th year in drag racing in 2009, his 15th season as an owner after logging 32 seasons behind the wheel as one of the sport’s elite drivers. His remarkable driving career began in 1962 with his first Top Fuel victory at “Smokers March Meet” in Bakersfield, Calif., before ending with 49 NHRA career victories – the sixth most in NHRA history – following his farewell “Final Strike Tour” in 1994. For his career, Prudhomme reached the finals 68 times, posting a remarkable 35 wins in 45 Funny Car finals and 14 wins in 23 Top Fuel finals rounds. 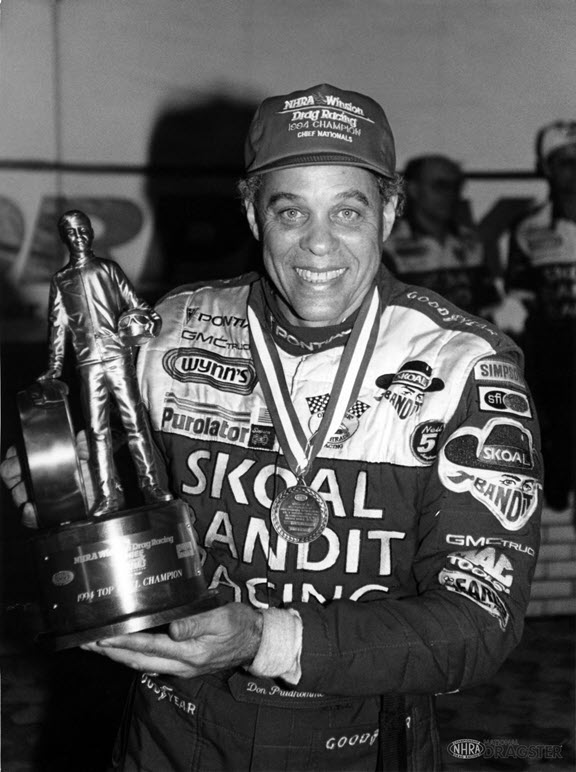 ​
Off the track, Prudhomme gained notoriety in the early 1970s when Mattel introduced the “Mongoose (Tom McEwen) and Snake” Hot Wheels car sets, helping to introduce the sport of drag racing to a larger, more mainstream audience.
“The Texas Motorplex didn’t just change my career it changed drag racing,” said Prudhomme. “It was the first all-concrete racetrack and was ‘the track’ on the tour. I won my last race as a driver there and it will always be a special place for me. I know this year’s race will be even more special with all the festivities they are planning. I am honored to be named a Texas Motorplex Legend.”

In 2020, Shute celebrated his 50th year of professionally pointing the lens at drag cars and archiving the history of the fastest accelerating machines on the planet. Shute, a longtime Southern California resident, first shot drag racing at close range with a simple 126 Instamatic.
He began shooting professionally in 1971 and covered drag racing for several drag strips in Southern California. In 1979 he started Auto Imagery where he began photographing all NHRA’s national events. Shute still provides professional quality photographic reproduction and film services out of his lab in Carlsbad, Calif., and his North Coast Photographer Services clientele extend well beyond drag racing. Auto Imagery has grown to house over one million photos, archiving each NHRA national event and all the racers that participate. The searchable website allows drag racing fans to purchase prints in various sizes with ease, and their extensive archives stretch back all the way into the 1970s. 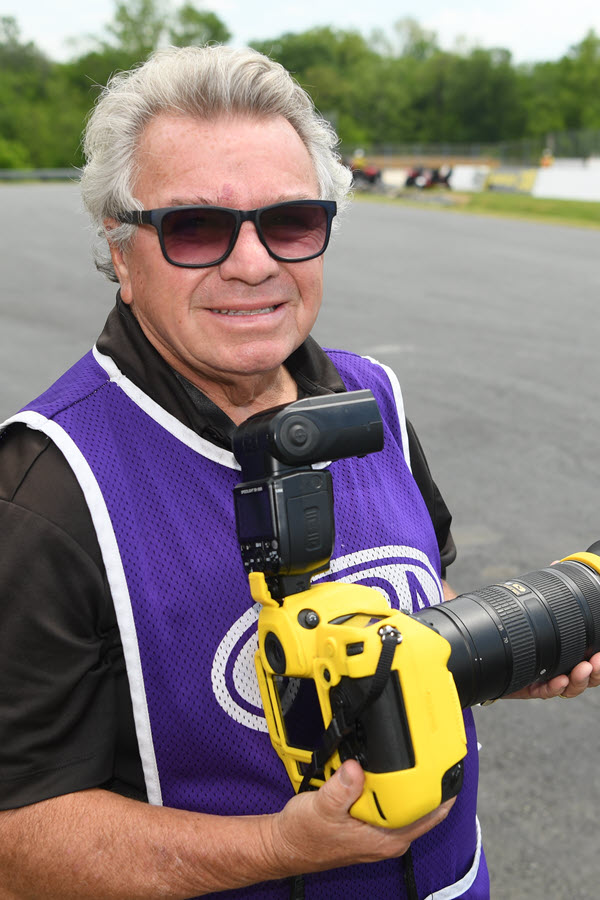 “What does it mean to me to be chosen as a Texas Motorplex Legend, well first off, it means someone noticed. Billy noticed what I do and what I've done,” said Shute, who has easily shot tens of thousands of photos at Texas Motorplex. “In a field of support professions like photography, you are oftentimes taken for granted. I met Billy in 1972 when he ran the OCIR Manufacturers Meet. I was a dumb kid taking pictures and not very good ones I might add. In March of 1979 I started Auto Imagery and began covering all the NHRA national events and here we are today.”

The Texas NHRA Fall Nationals will be contested from October 7-10, 2021, with tickets available at www.stampedeofspeed.com. On Friday, October 7, Texas Motorplex will host “Friday Night Live” a full evening of speed, spectacular qualifying action and exhibition runs with over $30,000 offered in low ET bonuses to the pro teams. Saturday and Sunday will be filled with the ground pounding 330 mph racing action from Top Fuel dragster and Nitro Funny Cars along with Pro Stock and Pro Stock Motorcycle as part of the NHRA Camping World Drag Racing Series.
Texas Motorplex Legends
2019 – Cory McClenathan
2020 – Tony Schumacher
2021 – Don Prudhomme and Richard Shute
Click to expand...